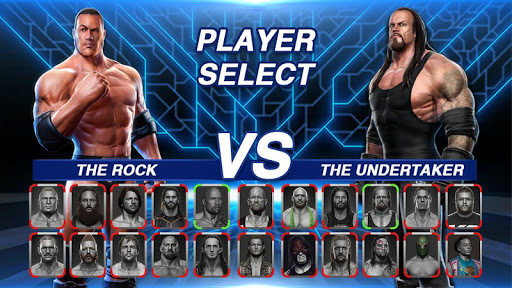 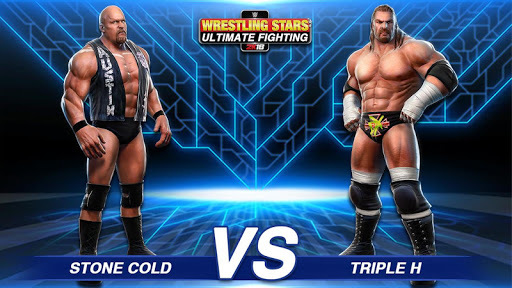 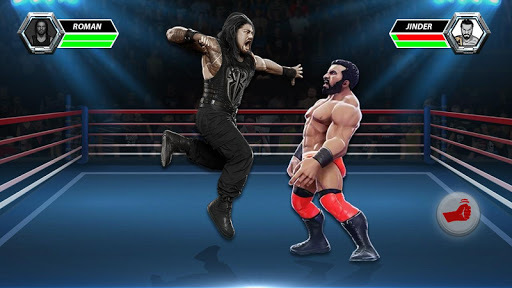 Hi everyone come to join the world best wrestling game for ultimate fighting 2018.

Boring to play soccer? Yes then this time choose your favorite character not for any football championship but to become wrestling star with enjoying the ultimate fighting. Play the best free fighting 3d game on store. This time train yours best marvelous wrestling star character of the world for ultimate fighting with mafia, gangsters or any other champion and accept the wrestling challenge to become world top wrestler star of ultimate fighting 2018. Try different fighting techniques of revolution wrestler and prove to be the best in the rumble fighting. Wrestling Star Ultimate Fighting game offers multi fighting experience to fans in this action fighting game. Defeat the opponents with face punch shots & move quickly in the ring like legend boxer and dodge your rival with your quick left, right sudden robust punch attacks. World wrestling champions star delivers adventures challenging role in this addictive wrestling game. Fight using a variety of revolutionary tricks such as pins to gain, joint locks, close fighting, throws and take downs. Use your skills in the WW such as kick up, heavy punches, and use wrestling champion fight techniques in revolution ring fight. Game is especially designed for wrestle mania fighting lovers. So what are you waiting for download it from store without wastage of any time and start to enjoy the ultimate fight as best wrestling star.

Start to enjoy the free style karate, punching and kicking game in one the best revolution fight. Beat all tag team champion wrestlers in this ultimate fighting competition game and become ultimate universal champion of wrestling fight federation. Prove your strength as a star wrestler athlete. Win the battle of ultimate cage match in world wrestling champion’s tournament. Fight with using a variety of revolutionary tricks such as pins to gain, joint locks, close fighting, throws and take downs. Become universal champion of wrestling after beating all tag team champion wrestlers in the world. Enjoy the ever best World Tag Wrestling Star Ultimate Fighting unlike the other wrestling and fighting championship games here you have to play as a wrestler team to show your devastating wrestling skills. Amazing challenging missions are ready like a battle in the cage who escapes first out of the cage will be the winner. Cage ring roof is used for the wrestling battle, throw your rival wrestler from the roof and made a serious damage to opponent wrestler, This ultimate championship ask for help to your friend to fight and many more devastating missions available in this revolution fight. No mercy with your rival fighter hit them with the chair, ladder, table or anything that you find while fighting. Knock out your opponent with in time to get more score.

Become universal champion of wrestling after beating all tag team champion wrestlers in the world. Test new striking techniques, like karate kicks and boxing punches or even gymnastic dodging and jumping art of fighting. Excite the crowd with your real wrestling fight style, improve your fighting skills and be the best wrestler in the world. Participate in the world wrestling championship fighting contest, defeat all your opponents and win the summer slam champion’s belt, world best champions in your way playing Wrestling Star Ultimate Fighting 2018 great fighting sport game for all heavy weight fighting lovers.