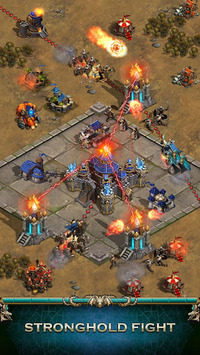 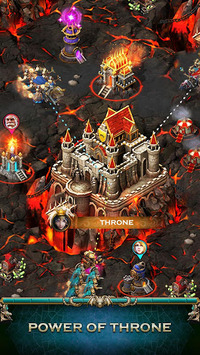 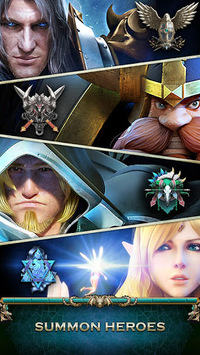 War Storm: Clash of Heroes is a Global Strategy MMO mobile game. Players take control of the legion of heroes and a castle, a stronghold, a nation, and all its subjects. Summon brave heroes of war to your cause, hone their skills or magic in combat, send them to the frontier, and use their unique abilities to turn the tide of battle, watch the epic scene of clash of elites! Form alliances with other players, defend Alliance Strongholds and castles against your enemies and take your revenge with your ally by Rally Attacks, take the chance and wow the world! Become a royale king of civil age and clash off the invading demon legions, or those vicious warlord armies who surge into ally's city. Write your own epic story in chaos; let the glory of might shine in honor!

● Free Social Strategy MMO Mobile Game
● Innovative world map tactics! Take control of resources to expand your royale empire and position your forces in camps around the map to protect the kingdom in chaos!
● Complete Quests to win Heroes to your cause, or Summon them from beyond with Soul Shards recovered in the frontier of battle.
● Craft weapons & armor for your Heroes from rare hearth materials found around the world map.
● Form alliances with friends around the world to complete Alliance Quests, Send Aid to ally's nation, and Rally Attack your enemies!
● Seize, develop and defend an Alliance Stronghold with your allies.
● Sectioned World Map - growing your empire might give you access to new places!
● Build diverse legions of foot soldiers, archers, mages, catapults and more! Outsmart your enemies by outfitting the winning combinations in battle.
● Fight hellish monster legion under the leadership of Arch Demon. Become a powerful clasher and you might have to fight the Demon himself!

Problems or suggestions? We would love to hear from you! You can reach us at support via email: [email protected]