For gamers, WiFi is an essential part of gaming. You can’t talk to friends, participate in tournaments, or access other gaming features without WiFi.

However, gaming with WiFi is only accessible when you’re in the comfort of your home.

Consequently, if you’re a gaming enthusiast, you should certainly pick out some offline games to play when you’re stuck without WiFi.

In this way, you won’t have to wait until you get home to your gaming den.

To help you out, we’ve compiled our top seven choices for the best offline Android games. Check them out and pick your favorites.

Most people think offline games aren’t worth the hassle as many require monthly subscriptions. However, this is a misconception.

Even though some offline games cost money, many applications come free. Moreover, games with paid subscriptions are usually affordable and worth the cost.

In this list, we have a mix of both:

Do you like strategy gaming? If yes, you will love Bloons TD 6. It’s a fun game with vibrant animated monkeys and heroic characters.

What’s even better is that the game comes in 3D. Accordingly, the visuals are very intense and immersive, sucking you into the game right away.

When you play the game, you take up the character of one of nine monkeys. Each monkey has unique abilities, which are upgraded as you pass each level.

Moreover, the goal is to build towers along a road while defeating evil villains that come to attack you. It requires a lot of defense strategizing, but you get tools to help you along the way.

After each level, you unlock one of 42 maps, which leads you to the other towers. 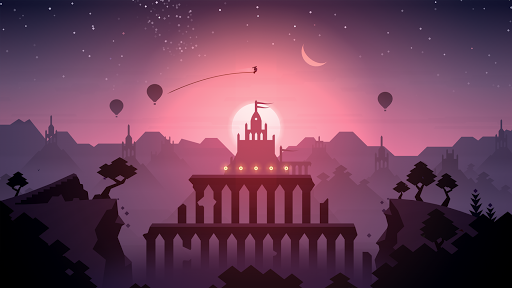 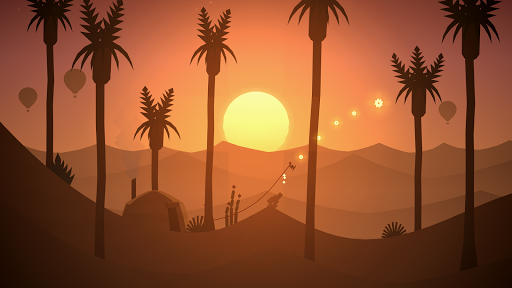 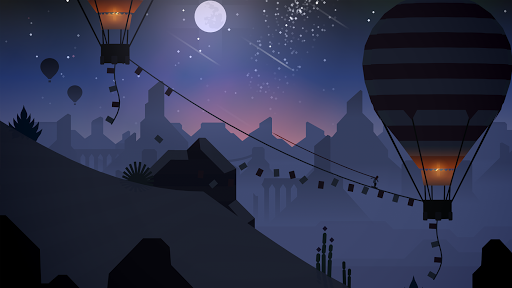 This game is Arabian Nights meets Homer’s Odyssey. It takes you on an adventure in a majestic desert, taking you through sand waves, showing you hidden canyons.

Therefore, if you like adventure games, Alto’s Odyssey is an excellent offline game you can try out.

The game has 180 goals in total. Starting off simple, the game asks you as Alto, who is the main avatar, to chain together certain combos.

As the game progresses, you get to run around, exploring the desert, while collecting coins.

It’s a fun and intuitive game, ideal for single-person gaming. 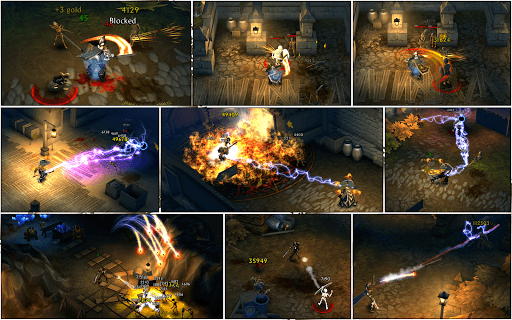 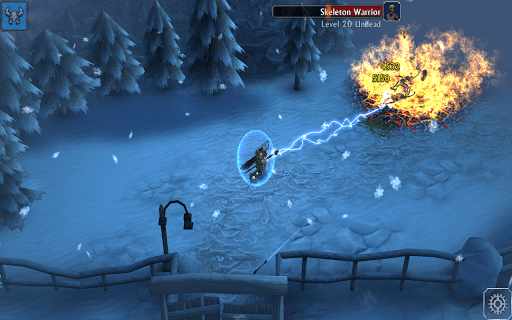 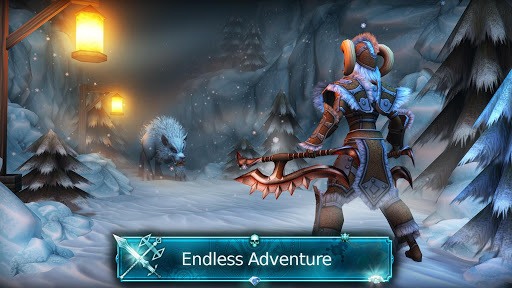 Thirdly, we have Eternium, which is great for offline role-playing. However, the game is not just about role-playing.

The game asks you to pick or customize a character. You can select from an array of abilities. For example, you can choose to be either a Mage, Warrior, or Bounty Hunter. Each of these characters wields either a sword, ax, staff, or gun.

Eternium is ideal for those who enjoy fast-paced combat with elements of magic and mysticism.

To complete each quest, your character has to fight eerie creatures like skeletons, zombies, aliens, and demons on the way.

As mentioned, it’s not just an RPG. It has some role-playing elements with its point-and-click control. However, it has two other gaming modes, which give you a different experience. 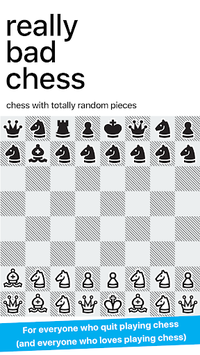 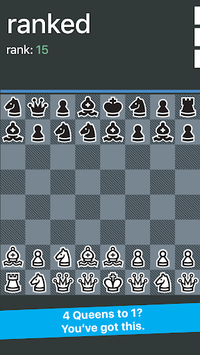 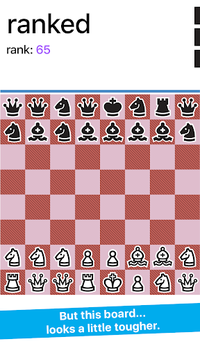 As the name implies, this is a game of chess, except with a twist. You play against the game itself with a board of chess pieces. However, the chess pieces are entirely random.

Instead of the standard one king, one queen, two rooks, two bishops, two knights, and eight pawns, you’re assorted a different combo.

For example, you may get eight knights, three pawns, and four bishops. The total number stays 16. However, with each level, you’re given a new way to play chess.

Even with the free version, you can easily access this game offline. It’s an exciting concept, so if you’re into chess and puzzles, this game is for you.

Once Upon a Tower 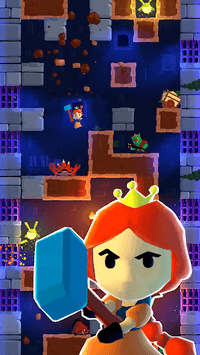 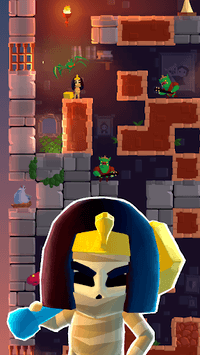 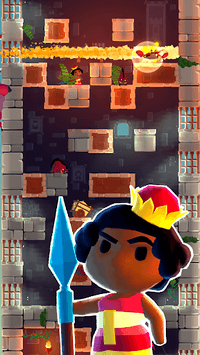 Once Upon a Tower is like a modern fairytale, except the princess saves herself from the tower.

In the beginning, the main character, the Princess, gets robbed of her castle and crown. She’s then placed inside a tall tower guarded by an evil dragon.

The rest of the game has her making her way to the bottom of the tower. Along the way, she encounters enemies and other trapped princesses.

After each level, you move one floor further to the bottom of the tower. Each level is fun, simple, and an excellent way to kill time.

This game caters to science fiction fans, having everything from battleships to space aliens.

Crashlands follows Flux Dabes, a galactic trucker whose truck crashes on an alien planet. Throughout the game, you have to help Flux Dabes get out of the planet he’s stranded on.

All the while, you have to defeat enemies, including Hewgodooko, the alien who stranded Dabes in the first place.

After each level, you get to unlock over 500 craft levels, learning more about the alien world. Each craft helps you in the next level. 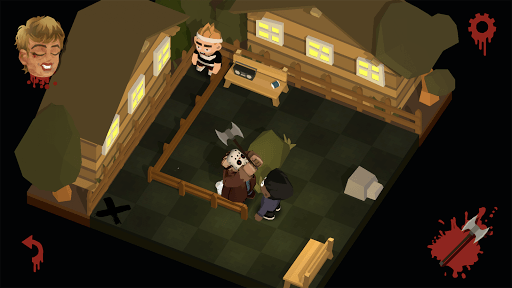 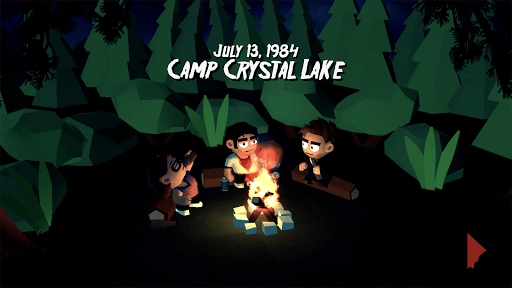 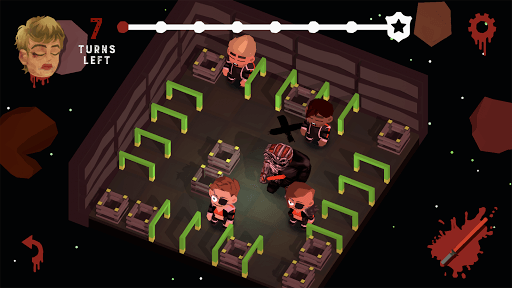 Lastly, Friday the 13th: Killer Puzzle is a fun yet scary game adaptation of the iconic movie. Like the movie, the game is set on an outdoors camping ground near Crystal Lake.

To make it out alive, you have to solve more than 100 puzzles. By solving each puzzle, you unlock murder weapons, which help you when Jason Voorhees inevitably attacks.

Consequently, this is a high-stakes game, making it perfect entertainment for WiFi-less situations.

Moreover, both gaming experts and players have praised the game. Therefore, it’s worth a try, especially since it’s free.

To sum it up, offline games are excellent past times when you don’t have WiFi. In this list, we’ve picked the best offline Android games for bored gamers. These games are fun, challenging, and immersive.

Consequently, you should give them a chance. We hope this article proved useful and informative.