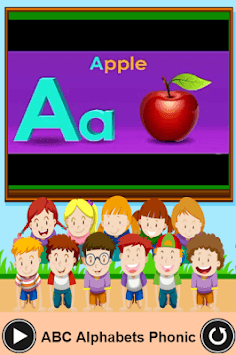 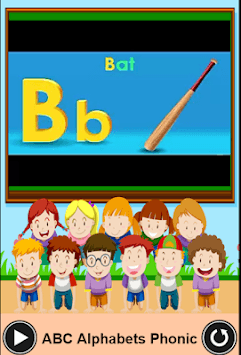 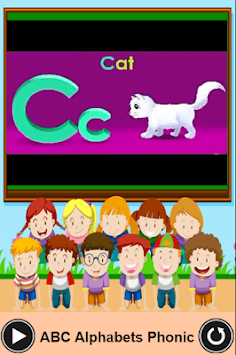 All of the 26 letters of the English alphabet from a to z are sounded out with a nursery rhyme song with cute animals and birds pictures.

ABC Alphabets Phonic Sound for Kids is a free phonics and alphabet teaching app that makes learning fun for children, from toddlers all the way to preschoolers and kindergartners.


This is simple and exciting learning app for the young children. It will introduce the English phonics with the educational process being funny and interesting. With no effort, toddlers will learn English Phonic sounds and their first object names.

ABC Alphabets Sound for toddlers and kids.This app is abc videos for kids .