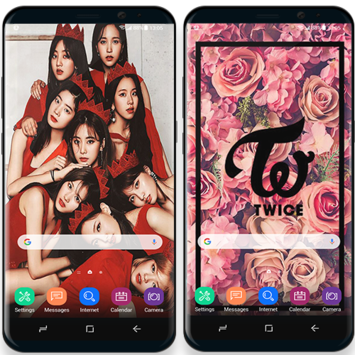 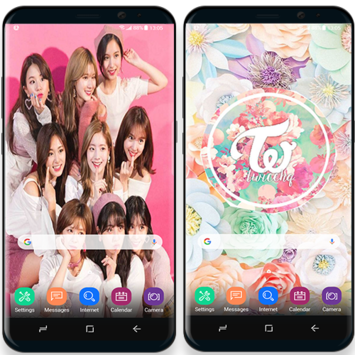 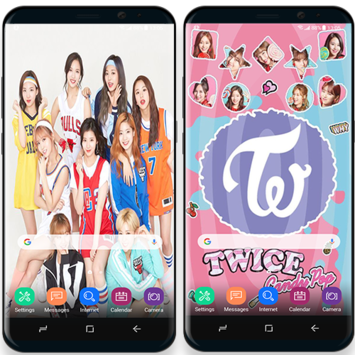 TWICE HD wallpapers is an application that provides images for TWICE fans.
TWICE HD Wallpaper Apps has a lot of interesting collection that you can use as wallpaper.
TWICE (Hangul: 트와이스; Japanese: トゥワイス; Spelled TWICE) is a South Korean girl group formed by JYP Entertainment through the 2015 reality show at sixteen years old. The group consists of nine members: Nayeon, Jeongyeon, Momo, Sana, Jihyo, Mina, Dahyun, Chaeyoung and Tzuyu.
For those of you who like Kpop wallpaper TWICE you have to have this app.

+ over 100 photos on TWICE wallpaper You can make the choice to make your wallpaper, these wallpapers have been made special for you.

How to use:
1. Open TWICE HD Wallpapers
2. Choose your favorite photo
3. Press and hold the photo
4. Press the "Set as Wallpaper" button to apply
5. Enjoy your new wallpaper

DISCLAIMER :
This application is made by fans of TWICE, and it is not official. The content of this application is not affiliated with, has endorsed, sponsored or expressly endorsed by any company.
All copyrights and trademarks are the property of their respective owners. The images in this application are taken from the Web, if we are in violation of copyright, please, let us know and it will be deleted as soon as possible.