Final Street Fighting has everything you could want from the action game!
Published by  PnF Game
70  Ratings32  Comments 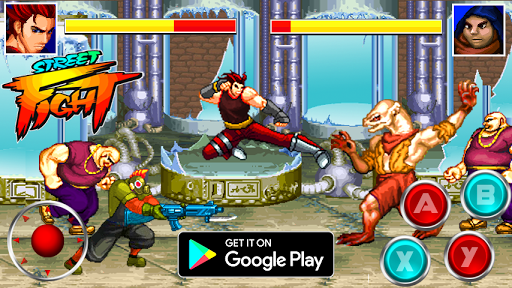 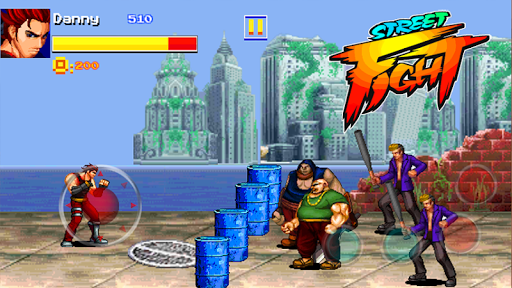 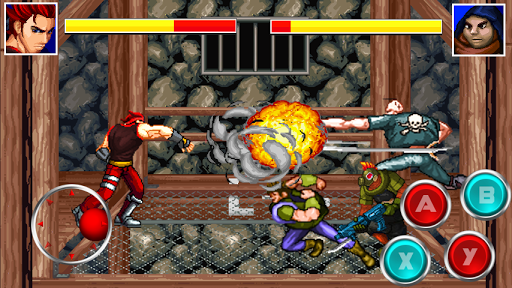 Final Street Fighting is a scrolling beat'em up game, The gameplot is starts 400 years after the 21th century , when an underground gang called the Crazy-J begin develop cyborg to serve their unknown purpose. The continuous crazy behavior process has caused urban chaos, now cyborgs have start to destroy the city and threaten the safety of the citizens. In order to get things sorted again，the game protagonist decided to against the Crazy-J.
Final Street Fighting is classic and easy to play: enemies will come onto the screen and you need to defeat them. Clearing one wave of enemies lets you move on through a level where you'll encounter more thugs. At the end of each level there is a boss who must be beaten to move on. Use every move at your disposal and every weapon you can find to win. You can tell how much HP an enemy has as when you start hit them their HP bar appears beneath yours.
Final Street Fighting has everything you could want from the arcade fighting game: lots of moves, a wide variety of enemy types, fast paced action, great graphics and a really good musical score. there are also lots of different game props to take out the bad guys with.
Final Street Fighting can recall your childhood memories of arcade game !Final Street Fighting, Recorded in the history of the classic arcade game, Compared with other street fighting games,
Final Street Fighting Feature:
* Endless combo hit makes you become a Ultra Combo Fighting Master
* Classical arcade & Exclusive landscape thrill of fighting
* Waste no mobile data & Fight for endless world rank
* Classical Horizontal version of fighting help you relive the happiness of childhood.
* game character can be transferred for an more powerful role for free.
Enjoy game now !