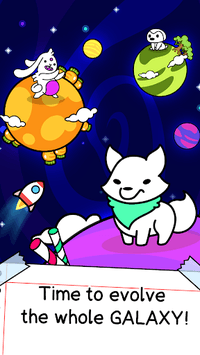 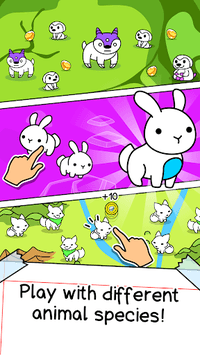 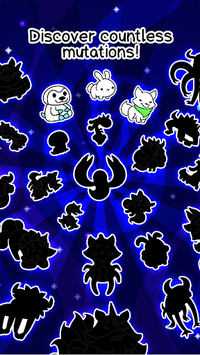 Discover a whole galaxy filled with planets inhabited by different mutant creatures and combine them to achieve their ultimate forms in a new kind of Evolution game! Merge many different animal species in an ever-expanding universe!

After tamperi...er...helping with the progression of so many worlds, you’ll finally find out the answer of a very old question: what’s beyond the galaxies in the universe?

We honestly have no clue, but there will be a game for that too!


🌌Different planets: combine mutant creatures in fox, rabbit and sloth-themed worlds, with more coming!
🌌Meet the gods: beings of galactic awesomeness are waiting to be discovered!
🌌Impostors: watch out for impostors trying to steal the spotlight from the creatures!

🌌Different stages and many creature species to discover
🌌A mind-blowing story with fantastical twists!
🌌The unexpected mix of creature evolution dynamics and incremental clicker games
🌌Doodle-like illustrations
🌌Open ended gameplay: enjoy the freedom!
🌌No creatures were harmed in the making of this game, only developers


Did you say helping the galaxy evolve is a cheesy dream?

Well that’s a very MILKY WAY to look at things, young one!

Fox Evolution - The Secret of The Mutant Foxes