Play your best soccer and be the european champion in Soccer Champions League.
Published by  Best Football Games
2,799  Ratings1,223  Comments 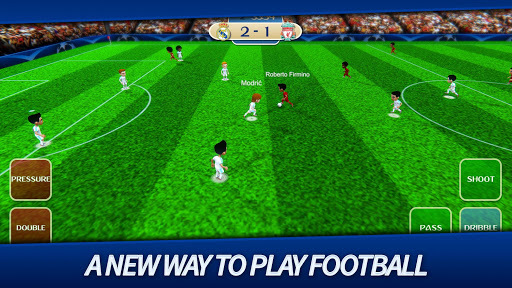 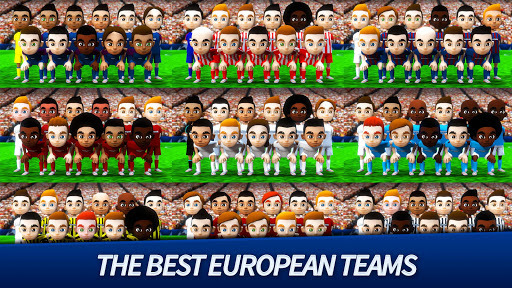 Play your best soccer and be the European champion in Soccer Champions League. In order to bring the whole magical atmosphere of the Champions League, the game has the up-to-date cast of 32 teams, players with individual attributes and a polished 3D game engine. The best soccer in the world you only find in the league of stars. Put your team on the field, score many goals and win the most disputed soccer championship in the world!

THE BEST TEAMS OF EUROPE
In Soccer Champions League you will play with the best football teams in Europe. Choose your preferred upgraded cast and start your saga for the title of champion. No need to unlock teams, download for free and choose the team you want and score many goals!

UPDATED TEAMS
There is nothing better than playing with the greatest footballers of today. To dive into the Champions League universe we update the teams with the players of the current season. In this way you can enjoy the whole atmosphere of the game with the main stars of the show.

A NEW WAY TO PLAY SOCCER
A game for those who like to score goals! We've created the best way to play soccer on your mobile device. Soccer Champions League has an innovative way to play. Simple, intuitive and challenging. Making Football Champions League a game for soccer lovers of all ages.

PLAYERS WITH INDIVIDUAL ATTRIBUTES
Above all, each player has specific soccer characteristics. Some are faster, others finalize better on goal, others stand out for stealing the ball and in the marking. Each player has their individual strengths. Therefore, the disputes will be decided in the details, respect your opponents not to be surprised.

PENALTY DISPUTES
Nothing more exciting than a soccer match being decided on penalties. In the final phase of Champions League Soccer the draws are decided by penalties. So be prepared to show your soccer, withstand the pressure and score the goal.

PLAY ON CHAMPIONS LEAGUE STADIUM
The best football needs a stage the height of the show. Thus, the star stadium was digitally created for Champions League Football. That way you will feel all the excitement of playing in the stadium symbol of the best football in the world, but it only exists here.