Get on the pitch, show your soccer skills and be a champion in Soccer World Cup!
Published by  Best Football Games
5,131  Ratings2,101  Comments 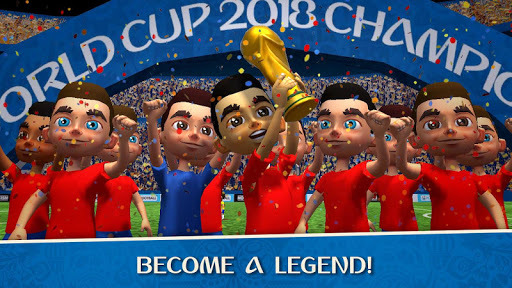 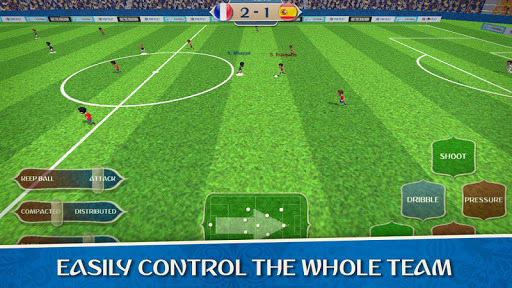 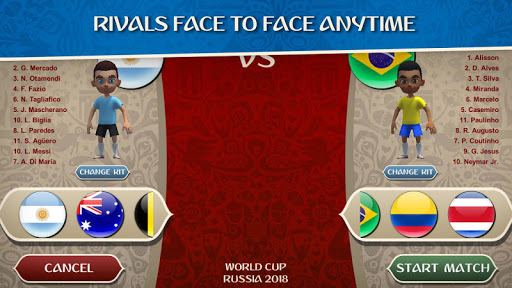 Show your soccer skills and be a champion in Soccer World Cup!

⚽️🏆 The World Cup is the biggest sporting event in the world. Undoubtedly it is the most awaited championship by football fans. Even more with great selections composed by the best soccer stars. How could it be different Soccer World Cup is a special game, which represents the grandiosity of this tournament. In order to bring the entire magical atmosphere of the World Cup, the game features the up-to-date rosters of 32 teams, players with individual attributes and a polished 3D game engine. Get on the pitch, build your saga and win the soccer most wanted title!

🏳️ The game features all 32 World Cup teams. That being the case, there is no need to unlock teams. That is, just choose the selection you want and start playing the best soccer in the world.

📋 There is nothing better than playing with the greatest football stars today. To immerse ourselves in the World Cup universe we update the teams with the players summoned. This way you can enjoy the whole atmosphere of the game with the main actors of the show.

👥 Above all, each player has specific football characteristics. Some are faster, others finalize better, each has an individual strength. Therefore, the disputes will be decided in the details, respect your opponents not to be surprised.

🕹 No doubt the game engine is what makes Soccer World Cup a must see. Be it for experienced soccer fans, or for those who just want to feel the thrill of the biggest soccer tournament. In short, the controls are easy to use and the interface is intuitive. However, matches are challenging because true football champions are made of experience.

🎨 For the players to feel all the excitement of the World Cup, nothing better than fantastic graphics. Thus the visual aspect of the game allows total immersion in matches. Certainly well-played soccer passes through stadiums, scenarios and first-rate characters.

🤖 Certainly soccer games are more exciting when they are more played. With the artificial intelligence system opponents adapt to the game situations. In addition to learning their strategies. After all, everyone wants to be world champions and will make everything happen.

🌐 Put two great rivals ahead of you, anywhere, anytime. Play friendly matches with all the official game atmosphere. But do not miss out on your saga in pursuit of the world's most important soccer title. Play the World Cup from your group stage to the grand finale.