No championship or real tracks. One lap, one formula, your skill. You can do it!
Published by  Big Village Studio
4,910  Ratings2,046  Comments 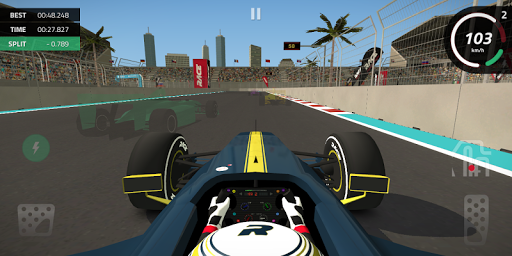 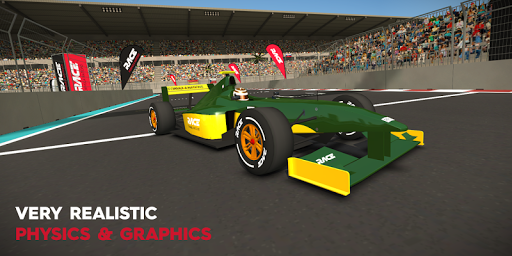 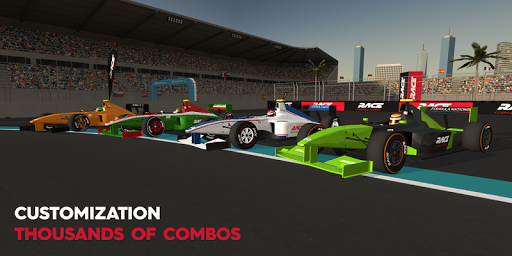 FORMULA RACING GAME
RACE: Formula nations aims to be close to real formula 1 racing. Realistic, but at same time entertaining physics, realistic vehicle controls and tracks with the feeling of city tracks of F1 championship. Your goal will be to achieve the best time in a single lap and unlock additional tracks in other, more demanding difficulties, like in Trackmania.

FORMULA
All drivers have the same formula, which means same conditions for achieving your best race time. F1 racing lovers will be pleased with very realistic controls of the formula and it's performance in between formula one and formula GP2.

MULTIPLAYER
Game contains a race in real time against other players from around the world. Can you finish race track with your formula within three minutes in better time, than your opponent with the same formula and get to the top of multiplayer leaderboard?

TRACKS
Tracks are divided into 4 difficulties, which are school, short, medium and long. Each track has 4 race times for surpassing, for which you'll be rewarded with trophies and coins. Tracks are similar to city tracks, that you know from F1 racing -- there are concrete walls near the track and small run-off zones.

FEATURES
- Multiplayer - realtime duels with other formula drivers from around the world
- Online world and national leaderboards of formula drivers for each track
- Online world and national leaderboards of earned trophies
- 4 trophies to be earned on each track
- 16 tracks divided into 4 different difficulties and track's length
- Tracks during daytime, sunset and night-time
- Ghosts of your personal, national and world record
- 34 countries to represent in formula racing
- 8 achievements for unlocking