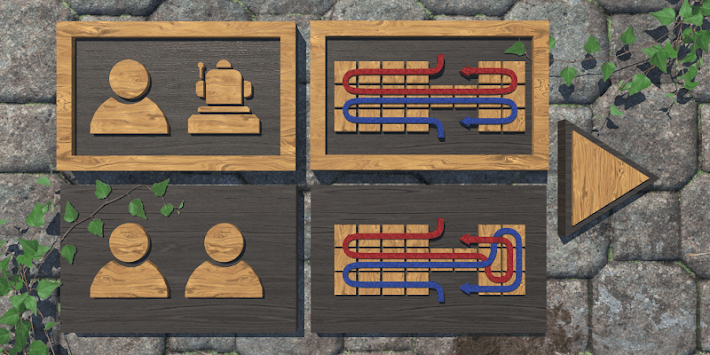 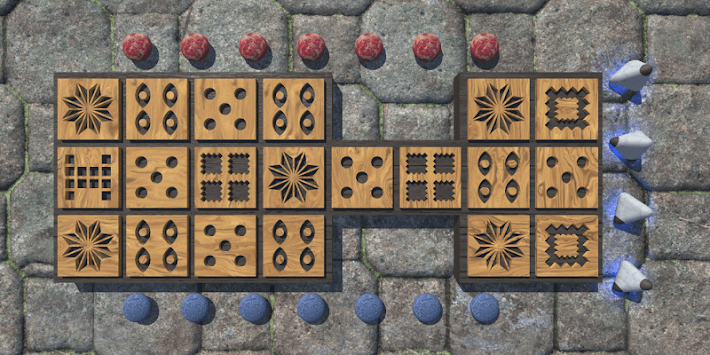 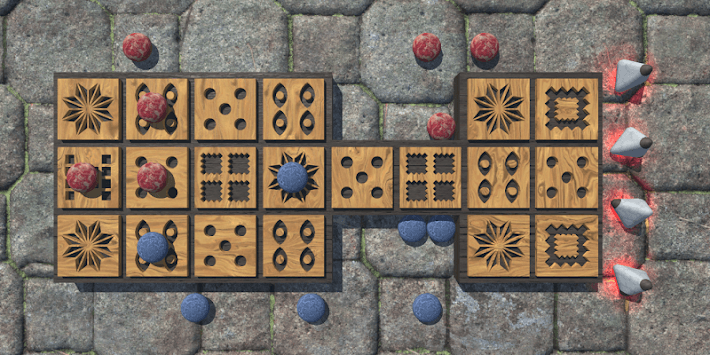 A version of this game was originally played in ancient Mesopotamia around 4500 years ago.

Run all your pieces through the course and out before your opponent.

Piece movements are determined by rolling four pyramid-shaped dice. Two of the four corners of each die are marked, giving each die a 50% chance of landing with a marked or unmarked corner facing up.
After rolling, the total number of marked ends facing upwards indicates how many spaces a player may move during that turn.

Players are required to move a piece whenever possible, even if it results in an unfavorable outcome.
Rolling a zero will automatically skip your turn. Sometimes it is impossible to move the indicated amount of spaces and the turn is also automatically skipped.

The spaces that have a mandala are special. Landing in one of them will grant a second roll of the dice. In addition, pieces on mandala spaces can't be captured.

To exit a piece off the board at the end of the course the player must roll the exact number of spaces remaining plus one.

Backgammon – Lord of the Board – Online Board Game

Royal Game of Ur