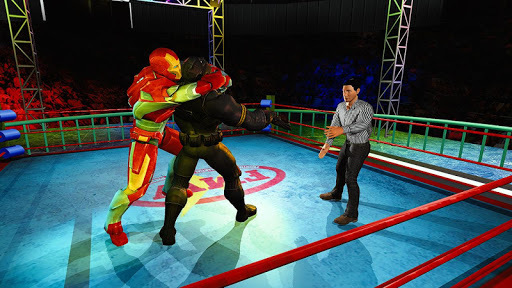 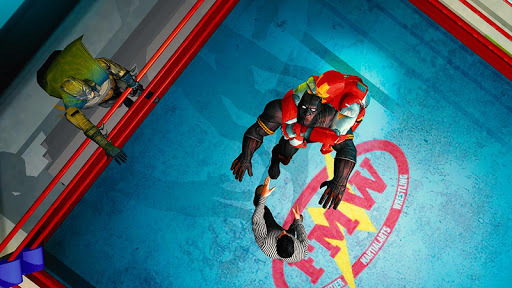 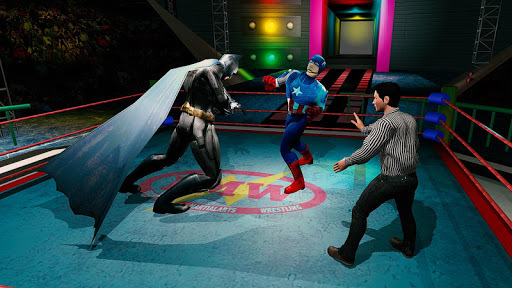 Calling out all wrestling lovers!!! Here comes a game to suit your buds than ever before!!! An amalgamation of your favorite kind of wrestling in the world of superheroes!!! Choose your favorite characters from comics from all around the world and join them in the most exciting Superhero Wrestling Battle Arena Ring Fighting game!!!

The game includes the most equipped arena to commence your intense wrestling battle!!! With the best superhero wrestlers gathered from around the world!!
Download now and challenge your opponent to the best and most unforgettable wrestling match of their lives!!!

The game is set in the wrestling ring environment where the audience is presented to cheer on the respective wrestlers when they are in the ring to compete against each other!! The most amazing and fun thing about this wrestling game is that the opponents going against each other in the championship are in fact two different superheroes!!!

This creates an anticipating effect for the user to download the game and experience a new kind of wrestling simulation!! This particular game which involves superheroes has a different kind of surprise element for the user!! Making the wrestling games more exciting than before, have joined us in the ring fighting championship, a variety of talented superheroes!!

The game is a 3D simulation wrestling and adventure with amazing ring fighting graphics and arena environment!! And a variety of superhero wrestling opponents! It shows a detailed ingraining of graphics and hard work done by developer while making this game as awesome as he can for you!!

In terms of features the game also provides many exciting levels and each superhero wrestler is equipped with different and versatile, amazing fighting techniques and multiple special attacks limited to them alone!!

And as soon as the game starts the superhero wrestling fighters will be announced and they come in the ring, that’s when you take full control and use the controllers on screen to commence fighting in the super fun superhero games!!!
Begin the wrestling match and may the best superhero fighter win!!

****HOW TO PLAY SUPERHERO WRESTLING BATTLE ARENA RING FIGHTING****
• Start your game play
• Choose the level and arena environment
• Select your superhero wrestling opponent
• Once in the ring use on screen controls to fight against the opponent
• There are multiple controls on screen
• Kick, push, punch, hit with the controls
• Knock out the opponent
• Move to next level and next opponent after completing one level
• Complete battle within the given time