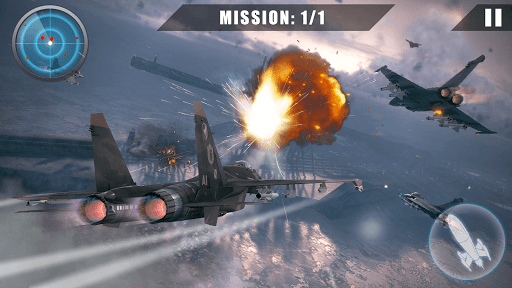 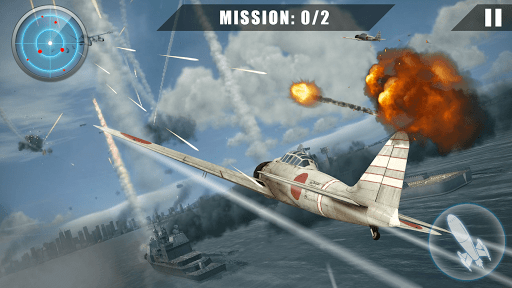 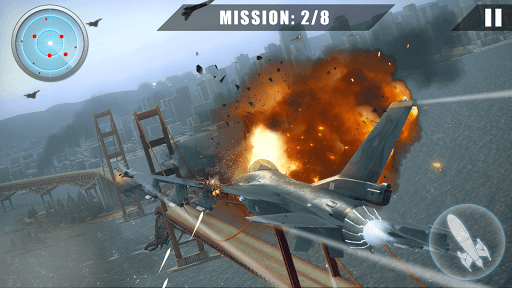 ✈ Mountain, island, port and many other air war scenes are waiting for you to experience!
As a new generation of air combat fighter games, all kinds of dazzling fighters and air shooter are of course essential!

Game Features:
➸ A variety of powerful fighters waiting for you to choose:
Choose from 16 top fighters, each with different attributes, armor, speed and energy. According to your needs, choose the right fighter. In addition to the first time, the higher the level of the aircraft can be equipped with a better weapon system. The general fighter can only be equipped with machine guns, but the advanced fighters can be equipped with shotguns, guided missiles, sniper mirrors, etc.
➸ More tasks:
As a fighter pilot, you need to destroy the enemy planes in this area. The enemy will attack you one after another, and prepare for the battle. In addition to the general tasks, you can also participate in the ace air battle. One-on-one battle with top opponents;
➸ Easy to use gameplay:
Slide the left screen to control the fighter to move in all directions, click on the right screen to perform super acceleration, click on the fighter to perform aerial braking, avoid the enemy's attack, click the right attack button, and launch different weapons;
➸ Top game screen:
Excellent visual effects, create the most cool and cool 3D terrain scenes based on real air combat scenes; pay attention to those mountains, they will bring trouble to your flight!

In the Total Air Fighters War, in addition to the display of exquisite fighters and air shooter, you can also show your extraordinary airplane driving skills try to win this air fighters war!

Total Air Fighters War is not only a popular air combat game, but also one of the funny game