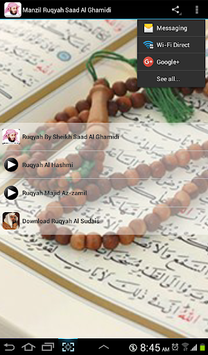 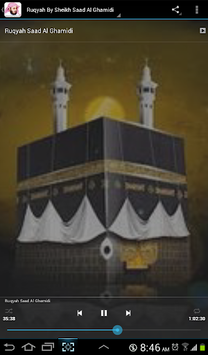 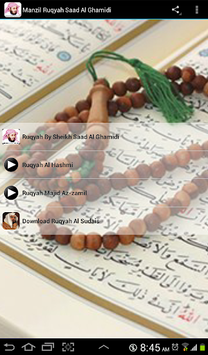 These verses from the Quran ascertain that Allah (swt) has told his followers to use the words from his Quran to cure us of all evils and illnesses. This treatment is known as ruqyah.
There is ample evidence from the ahadith that prove the significance of ruqya in Islam.
Sahih Bukhari Hadith (Volume 7, Number 634) narrated Aisha (RA) Prophet Mohammad (saw) ordered me or somebody else to do Ruqya in case there was a danger from an evil eye.
Sahih Bukhari Hadith (Volume 7, Number 631) Narrated 'Aisha (RA): During the Prophet's (saw) serious illness, he used to recite the Mu'auwidhat (Surat An-Nas and Surat Al-Falaq) and then blow his breath over his body. When his pain became intense, I used to recite those two Suras and blow my breath over him and make him rub his body with his own hand for its blessings." (Ma'mar asked Az-Zuhri: How did the Prophet (prayers and peace be upon him) use to blow? Az-Zuhri said: He used to blow on his hands and then passed them over his face.) Hazrat Ayesha (ra) also said that, ‘Prophet Mohammad (saw) instructed me and everybody else to do Ruqya in case of danger from evil eye’

The significance of Surah Fatiha in ruqyah healing:

Besides being called Al-Hamd, As-Salah, Ash-Shifa and Umm al-kitab Surah Fatiha is also called Ar-Ruqyah (remedy), because there is the narration in the Sahih of Abu Sa`id telling the story of a Sababa/ Companion of the Prophet (saw) who used Al-Fatihah as a cure for the tribal chief who was stung by a scorpion. Later on, Prophet Mohammad (saw) said to a Companion,
"How did you know that Surah Fatiha is a Ruqyah?"
Some commentators opined that the focal point of healing powers of Surah Fatiha is in the power and blessings of the words: “Thee we worship(iyyaka na`budu), and Thy help we seek (iyyaka nasta`in)” The words, worship(na’budu) and help (nasta`in) have been understood to be the strongest elements for the most effective cure. In these lines we directly plead for help from the Allah (swt) (al-Shafi) whom we completely trust for recovery. This is why surah al-fatihah is one of recommended surah to be recited for ruqyah.
In Bab Fadl Fatihat al-Kitab of Kitab Fada`il al-Quran, Imam Bukhari reported that: Narrated Abu Sa'id Al-Mu'alla, ‘Once when I was praying the Prophet (saw) called me but I did not respond to his call. Later on I said, "O Allah's Apostle! I was praying." He said, "Didn't Allah say: 'O you who believe! Give your response to Allah (by obeying Him) and to His Apostle when he calls you'?" (8.24). He then said, "Shall I not teach you the most superior Surah in the Qur'an?" He said, '(It is), 'Praise be to Allah, the Lord of the worlds. '(i.e., Surat Al-Fatiha) which consists of seven repeatedly recited Verses and the Magnificent Qur'an which was given to me.

Ruqya Against The Evil Eye
v 3