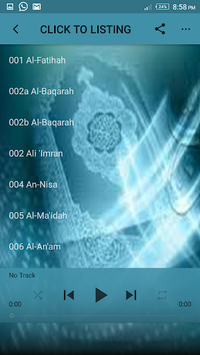 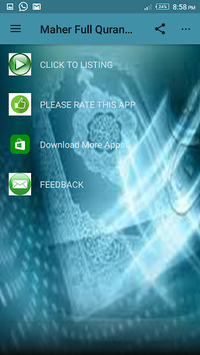 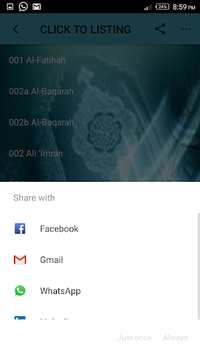 Use other apps while enjoying the recitation

Listen to a certain surah repeatedly.

This Quran is a complete version of the Holy Quran Karim without internet connection. All Surahs work perfectly offline.
Apart from sheikh maher al muaiqly mp3 Quran offline, if you need other complete Holy Quran kareem mp3 that work offline please refer to other apps in my catalog. You can find the following:
Apart from Saad Al-Ghamidi Full Quran mp3 Recitation, other top reciters are available in my catalog. The following Quran reciters could be found:

If you like this Application please consider leaving a positive review and/or rating for it in the store. This will help move the App to the top so that other muslims that are looking for sheikh maher al muaiqly Quran mp3 offline can find it easily.

If you've any suggestion or opinion about this app please use the developer email to contact me directly anytime. I will be glad to read from you and will reply as soon as possible in shaa Allah.