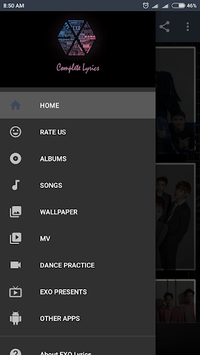 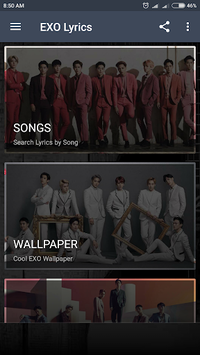 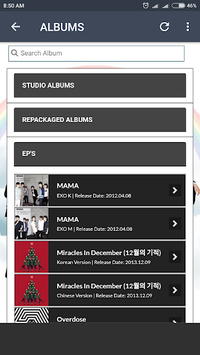 Sing along to your favorite EXO Songs!
Find all lyrics from every EXO Albums and Singles, including EXO-K & EXO-M, complete with ROMANIZATION, HANGUL, and ENGLISH translation.

EXO (엑소) is a South Korean-Chinese boy group based in Seoul. Formed by S.M. Entertainment in 2011, the group debuted in 2012 and has nine members: Suho, Baekhyun, Chanyeol, D.O., Kai, Sehun, Xiumin, Lay and Chen. They release and perform music in Korean, Mandarin and Japanese. They were ranked as one of the top five most influential celebrities on the Forbes Korea Power Celebrity list from 2014 to 2018 and have been named "the biggest boyband in the world" and the "Kings of K-pop" by media outlets.