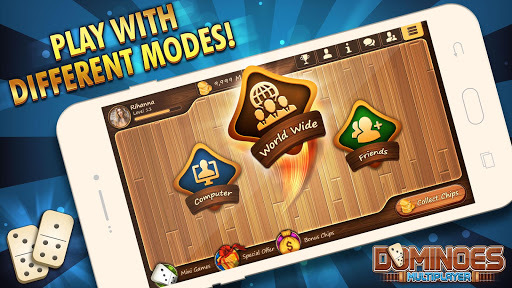 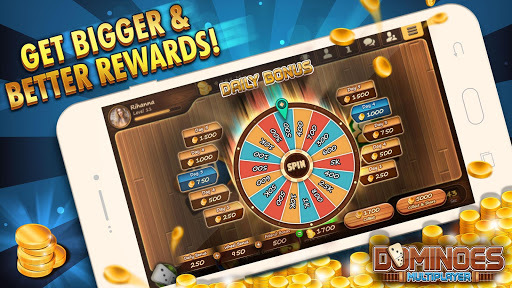 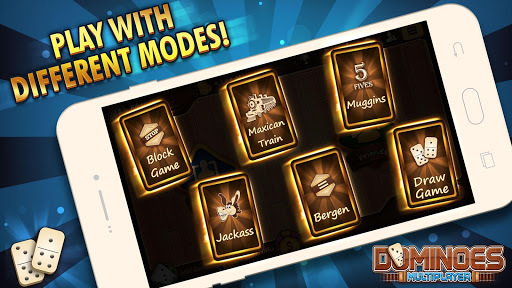 Have fun with this great classic Dominoes! Dominoes (or dominos) is a board game played with rectangular "domino" tiles.

Dominoes: Play Free Domino is an app for Dominoes fans! With it, you can have endless fun whenever and wherever you want. create private matches and play with your friends, try to defeat your opponents with strategy, reasoning and a little bit of luck.

Dominoes Multiplayer is one of the most played board games in the world. We worked hard to offer you a free and exceptional Domino game experience.

Dominoes is the fast and smooth game animations, and the self adjustable intelligence or your opponent. You can choose between the four most played game versions: All Fives, Draw Dominoes, Block Dominoes, Jackass, Bergen and Mexican train.

Dominoes board game is also called Domino, muggins, dominoes and the tiles are sometimes referred to as bones.

- Dominoes Play with friends and others players: Play online with your Facebook friends or challenge others players from anywhere in the world!

- Matches with 2 or 4 players: Choose if you will create a match with just two players or four player.

Dominoes Other features:
- Play Offline without internet connectivity.
- Play with your Facebook account.
- Customize the table and the cards from the deck
- Statistics from your matches.
- daily bonus
- 2-4 players
- friendly UI
- tough AI
- Display remarkable online
- Play with people all over the world!
- Customize the table and the dominoes Multiplayer
- different six type of unique mode.
- in free time play mini game.

Domino Multiplayer game is for FUN and amusement purposes only!

Domino is a popular pastime for lunch breaks and family game nights.

Backgammon – Lord of the Board – Online Board Game