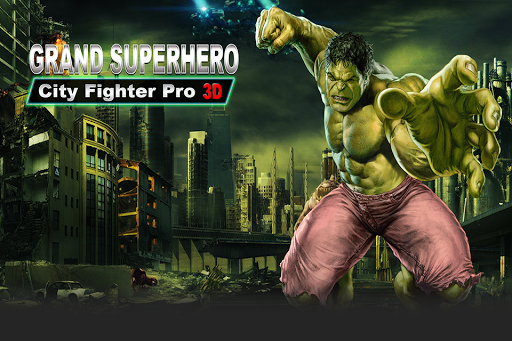 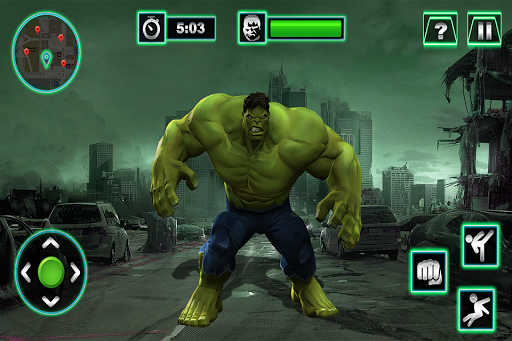 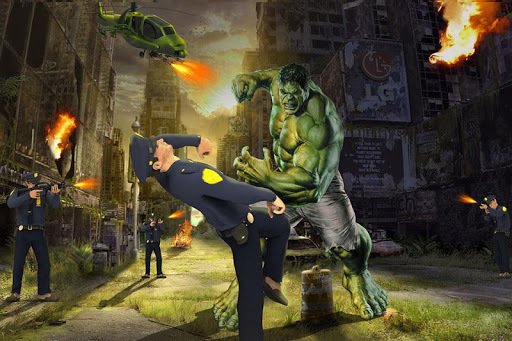 Go Ahead For the Grand Superhero City Fighter Pro: Robot Adventure game where Start your kick box and check your fighting skills and where legendary fighters like Spider hero, Mr Hero and Monster Hero and hulk hero came face-to-face one on one in an arena fight. It is not like the pathetic normal wrestling game or a fighting game where the stunning wrestling superstars fight with each other but in this game you are going to witness punching, kicking, blocking and super kicks to take down opponents by superheroes. Be ready for this outclass Action-packed gameplay with different combat style like Ninja fight, Martial Arts, Muay Thai, Kickbox, Samba, and many others dodging, rage, cuts, knockouts, technical knockouts. Enjoy an epic battle, choose and collect different heroes, in this installment of the fighting game. Choose fighting Grand Super hero city Fighter in real Fight Final City Battle. Keep in mind that you will have to defend yourself and kill the opponent in just a second from. Knockout your opponent with your super powers kick on the face and fight like real super hero.


It is all about your worth and greatness, so be prepared your hero city fighting experience in this Grand Superhero City Fighter Pro: Robot Adventure. Go and run into the streets and become the master of Kungfu that is a Chinese term referring to any study, or practice that requires patience, vitality and the time period for finishing the task, often used in the West to refer to Chinese martial arts. The real extreme grand racing championship against cycle, trains, cars and bikes will be there and also watched by the multiple security cameras but you will decide to a super hero and fight against the gangs and enemies and to take risk criminal duty to accomplish the ultimate mafia crime lord and make a status in mafia underworld to help and serve with full honesty and loyalty .This Hulk Super Hero was a talented man and take part in the racing game, He participates in every cycle racing and do something wonderful in city streets. After Some days he decided to leave this criminal mafia gangster life but other mafia gang companion become angry and created a plan to arrest him from the city police.And one day the superhero hulk is arrested by the police and sent to jail and in unknown sell. A monster superhero battle not only gives you the pleasure of winning the game but also give you all challenge how to take down the rivals.

Now this is time to convert your self into real bat superhero fly simulator and go for the escape from the city jail you have been from many years go for rescue mission for saving you the survival city. convert your human body into a dc superhero games with the super spider hulk powers. In this super action games for kids, you will create your own superhero. As a fighting spider superhero, you need to be on time in every second of your life and be high alert. In all superhero games Nobody knows your superhero fight spider and your skill . In Grand Superhero City Fighter Pro: Robot Adventure you are a superhero monster and you will fight like a real collision because you had breakout the jail and destructing the city as you want. new superhero games 2017 is a flash the superhero simulator games that you will enjoy to play. So Download our game and enjoy as a real grand super hero.