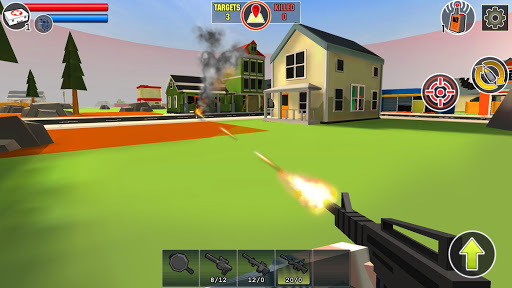 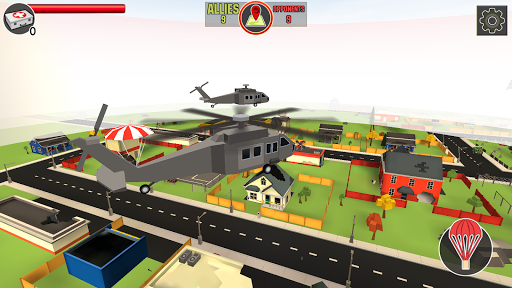 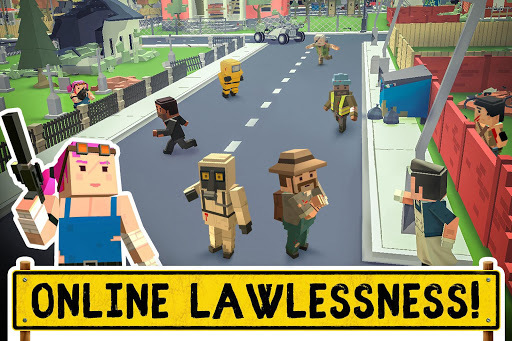 Pixel's Unknown Battle Ground
Do you like military blocky pixel games? Try to survive on crazy pixel battle arena after apocalypse in the block city! Jump out of the survival helicopter on the dead island, find the best loot, kill the enemies. BUT be afraid of the shrinking zone, it does significant damage! Shoot with AK, pixel gun, smg, multiple-barrel and other weapons. BE THE LAST lone survivor!
Make your own pixel block story. Fight for the end of deathmatch in our 3D shooter!
You don’t need to 7 days to die, you can be killed in one minute in our pixel games! Because it could be your the last day on earth, be very carefully with dead zone it moves very fast and can easily eat you.

✪ Graphics settings for the weak phones
Our pixel shooter with full HD graphics and also you can make low setting if you have a weak phone;
✪ More than 30 types of weapons
Huge military arsenal such as AK, minigun, sniper guns, pixel gun, smg, pistols and so on. Start the end of the world, JUST SHOOT with pixle gun!

✪ In-game auto
Of course we have battle cars or combat vehicles and even we have a TANK! Stay unturned with our vast pixel world! Deliver your block force as fast as it possible, and hide yourself from dead zone!

✪ Live chat
Communicate with other players in block city! We have created a live chat, try to find friends or teammates which will help you implement the strategy to victory pixel combat!

✪ Auto shooting
You don’t need to push the shot button, all you have to do is just pixel combat and prop hunt. We’re hoping that vainglory its not about you, do not spare anyone!

✪ Massive map size;
Grand map size, that’s what we have, it’s surrounded by the mountains and dead zone. Big radiation island this is the place where you have to survive while you plaiyng in the block city. We have more than 20+ players in the same map in the multiplayer online shooter!

✪ Easy, intuitive control.
Just chill! You will not notice how hours and dayz will fly by while you playing the pixel shooter.

Improve your fighting skills with our pixel war game, figure out with you enemy or you will be in pixel dead.

One of the best survival game with pixel world. Battle royale online shooter will not let you get bored!
Our multiplayer game is absolutely free online game for download.