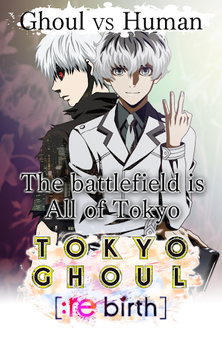 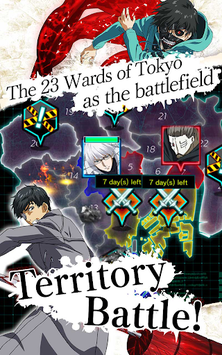 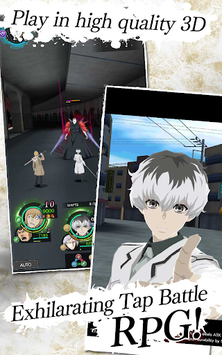 The massively popular anime series "Tokyo Ghoul" has been made into a smartphone game!
Create teams of your favorite characters and join the battle of "Ghoul" vs. "Human"!

■Beautiful anime visuals that combine 2D illustrations with 3D models!
2D illustrative portraits have been specially drawn for this game!
Moving 3D models take over in battle, with voice-overs and illustrations appearing when you use skills!

■6-person tap-combo battle system!
Choose from over 100 characters and form a team of 6 split with 3 in the front line and 3 in the rear!
Deal consecutive attacks using skills and character switches to achieve combos!

■In-depth levelling system!
Power up your characters and upgrade their kagune and quinque to get special abilities!
Gather items to upgrade your weapons and strengthen your characters!

■Battle other players in "Strike"!
Defeat the enemy team and get ranking rewards!

By downloading or installing this app, you agree to the BANDAI NAMCO Entertainment Terms of Service.

Note:
This game contains some items available for in-app purchase that can enhance gameplay and speed up your progress. In-app purchases can be disabled in your device settings, see
https://support.google.com/googleplay/answer/1626831?hl=en for more details.

This application is distributed under the official rights from the license holder.