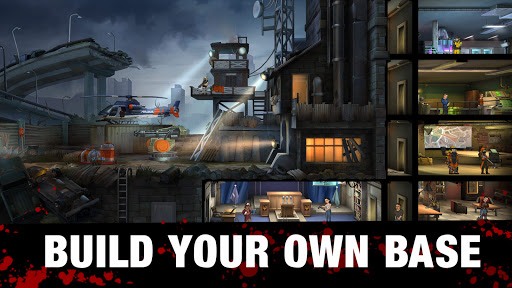 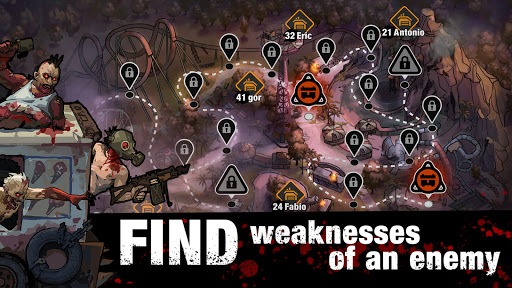 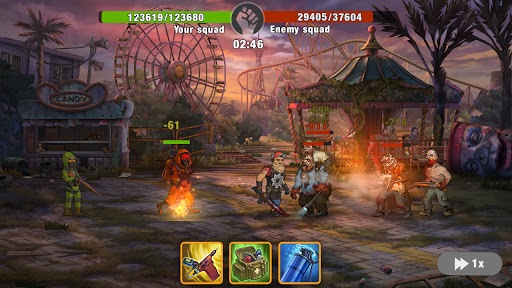 Zero City is a mobile survival simulator – control your bunker, command your citizens and manage one of the last shelters in the new world! Bring the survivors together and lead them, train people, and assign duties ­­- there’s always a job for everyone! Build and strengthen your bunker, and turn it into impregnable shelter!

The virus spreads around, it’s time for us to act before it’s too late. Warriors must be alert, and their weapons must be ready. Items and supplies found in abandoned shelters will be useful in survival battles against hordes of zombies and their master.

Take command, sir, and save humans from zombie apocalypse!
Here are some features you get in the simulator game:

• Shelter management & base construction simulator
Build and upgrade rooms to create an impregnable shelter. Prepare your shelter for zombie defense by building a variety of defensive structures. Decide which defense combination will be most effective! The aim of this simulator game is to ensure the survival of your citizens!

• Citizens development simulation.
In these dark times, every survivor counts, and everyone will have something to do! Teach the bunker inhabitants new skills, upgrade, and let them show you what they have learned in practice! Zombie attacks are at large!

• Choice of equipment.
Create effective weapons and equipment, arm and dress your squad!

• Multiplayer, PVP.
We are not the only survivors, but only the strongest survive the apocalypse, right? Manage a mighty, invincible squad to dominate your enemies in arena's tournament or attacks on other shelters. Show the others who's running the show in the open survival confrontation!

• Story-driven campaign & RPG Simulator.
Lead your squad through all the trials of the new world and survive using the whole arsenal available! There are hundreds of battles with hordes of zombies and mutant fanatics ahead of your brave fighters.

Set in a post-apocalyptic environment, spiced with an atmosphere of danger and featuring high-quality HD graphics, this RPG Simulator combines both shelter survival simulation and zombie shooter genres. Become the master of one of the last shelters in the world!