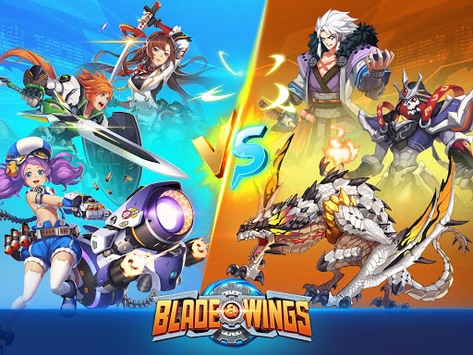 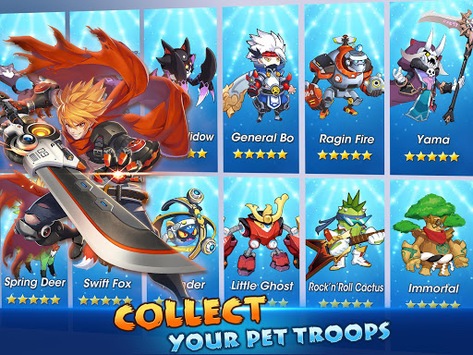 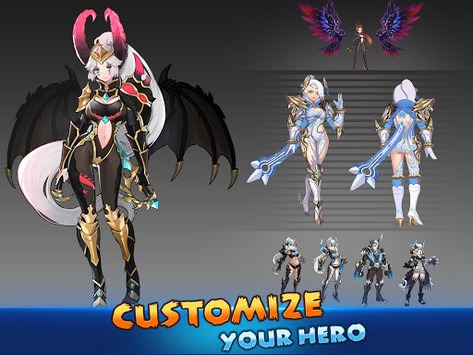 Blade & Wings is a 3D anime online action role-playing game that rated as a promising mobile MMORPG, which brings high quality graphics with a captivating story line and features a variety of challenging quests. To be distinguished from the crowded realistic style action RPG games, Blade & Wings brings a bright and fresh anime.

For too long, players have become accustomed to battling against just NPCs in traditional games. Blade & Wings uniquely impact this primal setting and reverses the identity between NPC and player. In Blade & Wings, you become one of the NPC forces who break their seal and people surrounding you are the players and furious enemies. Join this epic anime game and show your enemies no mercy as you fire them out of this chaos then build a new future with order.

[Explore Endless Adventures]
Traverse through beautiful dungeons and go on invigorating adventures through an intriguing novel-based storyline. Tackle challenging missions and crusade against what stands before you.

[Tame Epic Bosses into Pets]
Defeat the various world demons and dungeon bosses for a chance to tame these vicious monsters from questland to fight by your side. Continue to strengthen and power up your hero by collecting rare equipment and emblem materials in the fierce daybreak arena.

[Intense Real-time PvP War Battles]
With heroic contests aplenty and fantasy battlegrounds galore, players can experience both PvP and PvE action in Blade & Wings. Team up with brave guild-mates, and establish a frontier of legacy awakening.

[Numerous Outfits & Mounts]
With a wealth of unique outfits, legendary pets, and mighty mounts to choose from, players have a nearly infinite amount of ways to customize their heroes.

[Level Up Offline]
Set your hero to train while you are away and you will return to a stronger, more powerful hero to battle with. Rank to the champions list and enhance power without all the hours of grinding!

Follow Blade & Wings on Facebook to regularly receive free in-game gifts and rewards. There are also many interesting events and activities waiting for your participation.