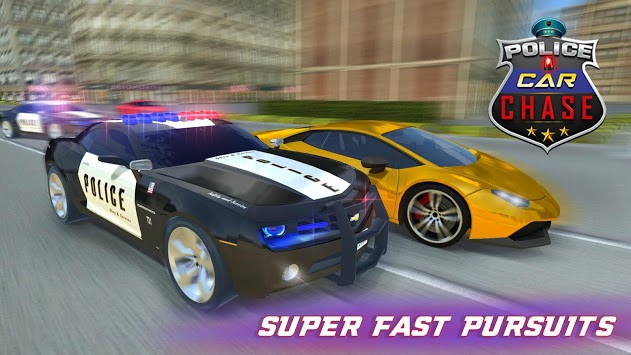 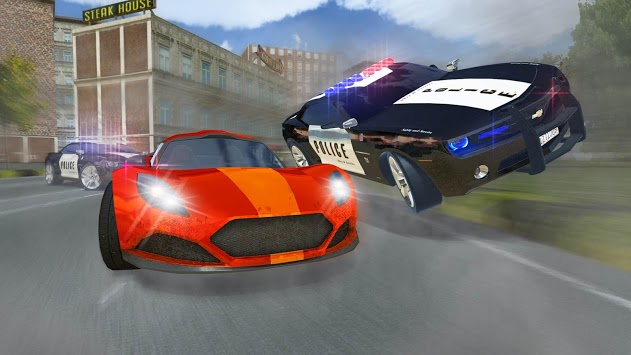 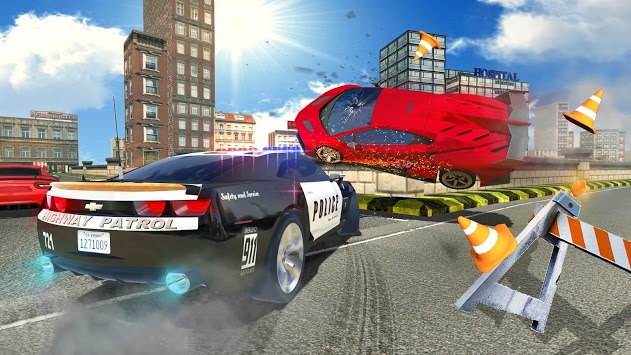 Your duty driver as a police officer is to keep the city roads a safe place by chasing down the most wanted criminals and street robbers. They will try to outrun your police car chase by driving at high speed and making sharp turns on the Police Car. Police car chase Hot Pursuit is a free 3D police racing games. Action in which you have to chase and smash sports cars. Be the police duty driver that will save the day and arrest all law breakers. Every mission will be a hot pursuit police car chase 3d which will test your car driving and chasing skills. Use your crazy police car lights and police car sounds and force the law breakers to stop by smashing roads into their cars. Racing against Street racer will make you feel the heat of a real cop car driver that want to perform his duty as best as he can. You are free to explore the city in search of bad guys to track down and eliminate.

Police Chase car game in which there is only one winner. Make sure each and every time the winner is you and not the thieves or the racer. It’s a city of saints where environment has turned hazardous for extreme car driving missions.


In order to master this police car chase Hot Pursuit game you have three control options for steering your cop car: Steering Wheel, Arrows Left/Right. Choose your preferred driving option or change it anytime by accessing the Controls options in the Pause Menu.


• Cops VS Thieves and robber’s road smash heat.
• Realistic car driving and chasing simulator.
• Dodge the cars, buses and trucks on the highway.
• Collect fuel coins to keep your police car moving.
• Drive and drift on the streets of the city while chasing Thieves.
• Multiple car control options
• 3D environment with HD graphics.
• Real Damage System for both the police and robber cars.
• Chasing and Smashing Cars game.
• Police lights scare the criminals away.
• Honk your way out of highway car traffic.
• Drift police car through curved roads.
• A Big City to Explore with your police car.
• Be a duty police driver in this free police driving games.
• Police car race game suitable for kids, boys, girls and adults alike.