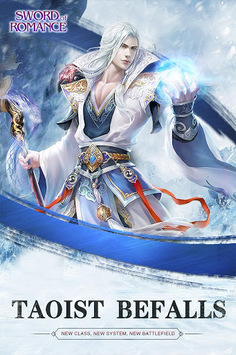 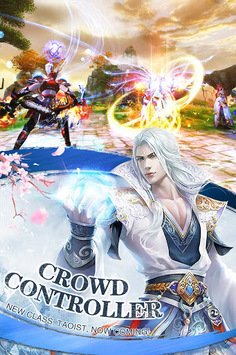 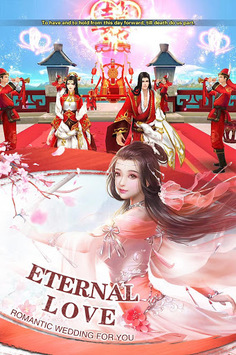 「Background」
Lv Dongxuan, the No.1 master of swordcraft, reincarnated and fell in love with the daughter of the infante but they were finally pulled apart. When they met again, the poor girl was about to die of sickness.
To save her life, Lv took up his sword and killed countless immortals. He finally swore to the god that he would give up his life, instead, the girl will become immortal.
---"I keep seeking my love, but finally I find you and will keep holding your hand..."

[Features]
---Find lover for years---
Wander on earth for thousands of year for the girl in red! The most beautiful marriage in mobile games of 2017, romantic encounter, gorgeous wedding, for you!

---God of Kingdom War---
Will not regret to die for the nation in the Kingdom War! With Command System in game, you can direct the kingdom war yourself. Win the war definitely!

---Anchor plays with you---
Lovely dimples smile, fine eyes blink, exceeding charm awaits your admiring! Anchors from China mainland, Taiwan, Singapore and Malaysia gather in the game to play with you!

---Eminent 3D world---
Holographic of 720 degree brings you an eminent world with Dynamic particle rendering. 6 nations, 12 sceneries are in the map. Wherever you go, fantasy world is there.

---Set the trend with Fashionwears---
Fairy style, Girl-next-door style, Uniform temptation, or swimming suit, there is always a suitable for you.

---Equal drops, fair trade---
With the equal drop rate, non-top-up player can be powerful! Players can trade fairly without any intervention of system