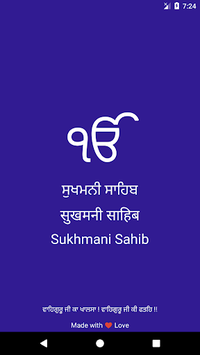 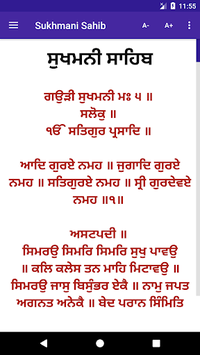 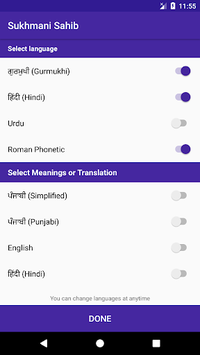 About Sukhmani Sahib:
This Bani is a lengthy composition, written by Guru Arjan Dev, the fifth Sikh Guru. The sacred prayer spans 35 pages from page 262 to page 296 of the Guru Granth Sahib. Surprisingly, many ardent Sikhs include the recitation of this Bani in their daily regimen of Nitnem. The physical site, where the Guru around AD 1602-03 composed this composition was once enclosed by a dense wood. The location is still marked on the bank of the Ramsar pool in the city of Amritsar, near the famous Golden Temple the Harimandir Sahib.

The Sukhmani Sahib is divided into 24 sections (called ashtpadi), each of which contains eight gurbani. Ashtpada is the Sanskrit word for a verse that has eight (asht) metrical feet (pādi)