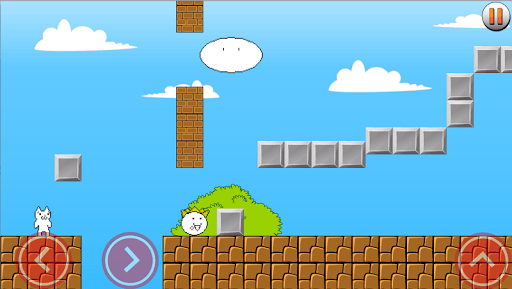 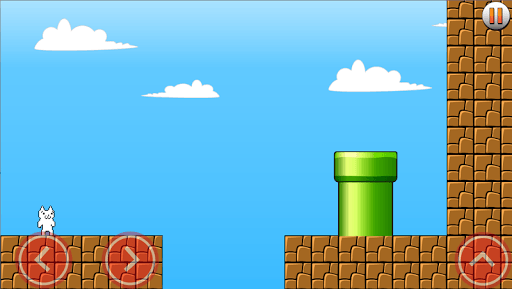 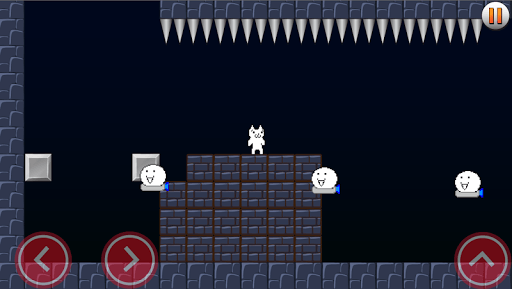 Syobon Action (しょぼんのアクション Shobon no Akushon) , also known as CatMario or NekoMario or Gato Bros, is a 2D Japanese freeware video game released in 2007. The game contains elements parodying the classic video games and is known for its high level of difficulty and unpredictable traps. It is also a favorite game for famous youtube streamers because watching someone play this game can be very entertaining.

Syobon Action was created by a Japanese developer named ちく (Chiku) over the course of three days in February of 2007. The game was inspired by a flash game titled The Big Adventure of a Dead End Life (人生ｵﾜﾀ＼(^o^)／の大冒険 Jinsei Owata no Daibōken?),which was often played by members on the text board 2channel.

Cat MeOUCHio is a modern remake of the classic game for mobile devices so that it can be played for many more years by the fans of the.

Cat MeOUCHio is an unexpected adventure full of traps. How many times will you lose your life before you clear it? There's only one way to find out if you are a GOD GAMER!