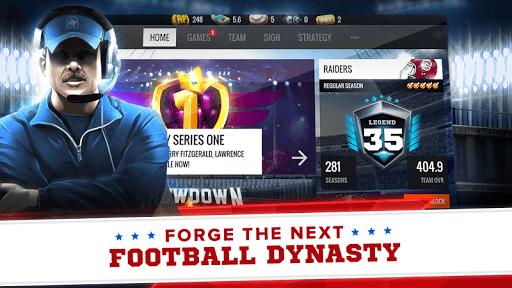 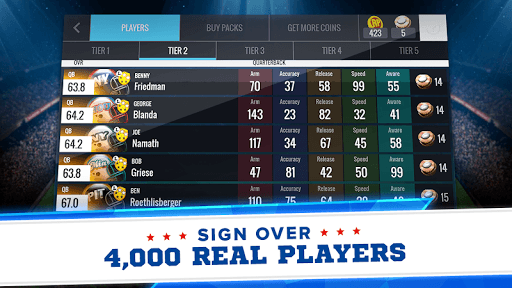 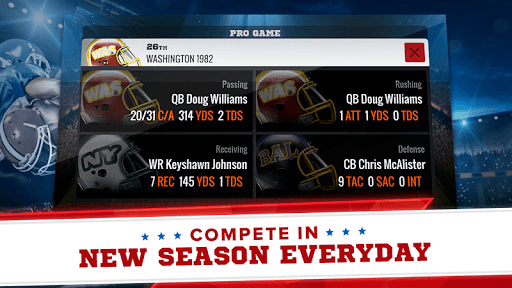 Get in the front office and play 2016’s best football manager game. Guide your team through daily seasons, add players to your roster, customize your playbook and dominate on the field. Win daily head-to-head Showdowns against other GMs to earn access to valuable team-building rewards. Collect unique Limited Edition superstars to get access to highly-rated Ultimate Players. Build yourself team of gridiron legends that can hold its own against the greatest football teams in history!

2000+ Real-Life Players
Fill your roster with the most memorable players in NFL football history! Sign your favorite QB, RB, and LB from today’s teams… sign your favorite WR, DE and TE from classic teams… sign players that match your playbook strength… sign any player you want!

Showdown
Daily Showdowns give your franchise a chance to compete in head-to-head games against other GMs in real-time. Scout opposing players, adjust your playbook, and win! Climb the Showdown leaderboard and become an elite pro football team!

Build a Legendary Team
Be the best GM in football by signing the best players in football. Combine gridiron legends with monthly Limited Edition players to unlock Ultimate Players – the most fiercely dominating football players ever scouted! Pick up an all-time QB, WR, LB, and RB and build a fantasy roster that can hold its own against the greatest teams in NFL history!