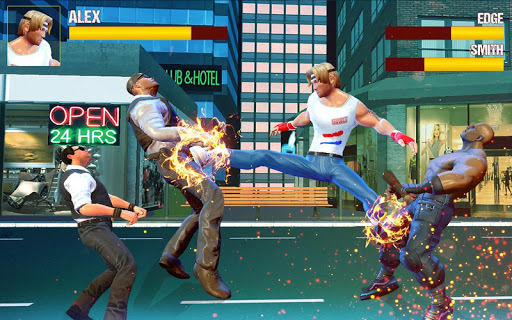 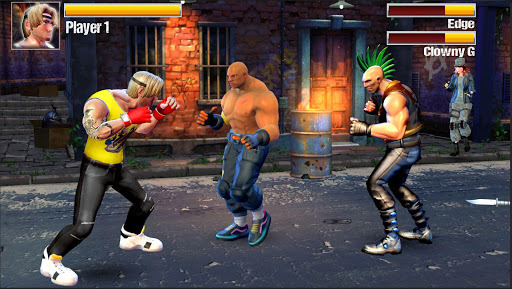 GO TO STREETS
The modern and peaceful city changes its face at night.
In night time, Urban gangster is ruling the streets with their mafia and thugs.
Take part in gang wars in dark crime streets as a retired police officer.
This city in turmoil of street brawl.
Clash rival gangster in hand to hand combat in this fast-paced brawling action!

UNLEASH YOUR FURY IN KUNG FU STREET BRAWL
Get rid of mobs using your street fighting skills and abilities. Combine kung fu, boxing and karate skills in this street fighting arcade game to stop crime in city!
Become best fighter of street with use of proper combos and abilities.
Use punches and kicks with combination of devastating weapons to defeat every enemy on your way!

GET A FLASHBACK TO CLASSIC GAMES
Feel the atmosphere of retro arcade games and plunge into your childhood memories playing as a fight master punishing every opponent in the city of gangsters!