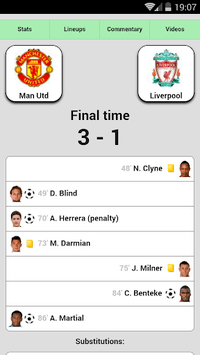 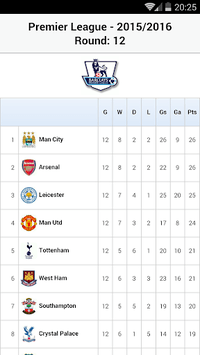 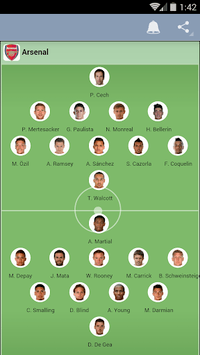 Football live scores app with live fooball scores and results for the Champions league, Liga and Serie A.

Football live scores:
The app shows the scorers of each match, yellow cards, red cards, penalties and so forth.
The app automatically saves the countries you are more interested in and orders them following your choices. The app is completely free.