Control a basketball player or a team of human players
Published by  CyberSports
1,258  Ratings977  Comments 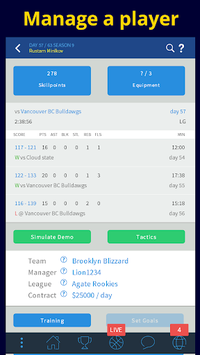 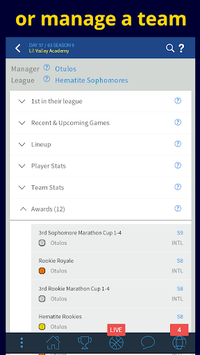 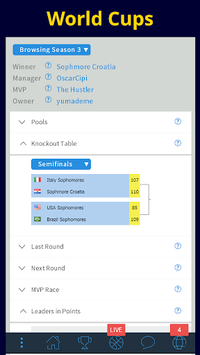 In CyberDunk2, you get to create fantasy basketball players or manage a team of human players. You get to draft them, train, buy signature equipment, earn trophies, make trades, play games, 1-on-1s & more.

This basketball MMORPG is community driven. There's a limit of players that you can have on a single team. The season consists of about 61 days with league play, tournaments and a world championship (where managers are voted by their fellow countrymen ). Games are simmed live, so make sure you choose a league so that you`ll be present at game time.

This project is a reincarnation of a previously, mildly successful basketball game: CyberDunk launched back in 2007 ( and still active ). CyberDunk2 is still in its infancy, in its first seasons. So, it is my recommendation for you to join and have a shot at becoming the best. Among the things very different from that early game, would be the fact in CyberDunk2: missing a training day will not cripple your basketball player for his entire career, the fact that you can now create older players and complete at the highest levels much quicker, the skillpoints you receive for every game and that ( starting a career later in the season ) allows you to get the skillpoints as if you started on the first day.
Its a different environment, a higher quality product and just the place to be right now ;).

While the app allows for some offline browsing, obviously it needs to connect to our servers in order to save changes and get you the updated information.

The game is updated frequently. Don't forget to check the site as well. We have a live chat there for urgent matters.

Thank you for your time and I'm hoping you'll enjoy the game.
Omnem.