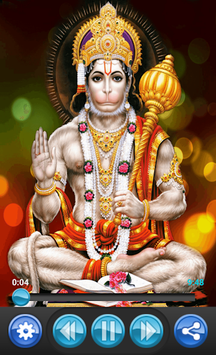 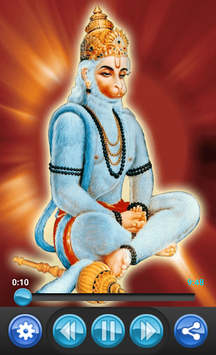 The Hanuman Chalisa is a Hindu devotional hymn (stotra) addressed to Hanuman. It is traditionally believed to have been authored by Tulsidas in the Awadhi language. The word "chālīsā" is derived from "chālīs", which means the number forty, as the Hanuman Chalisa has 40 verses(excluding the couplets at the beginning and at the end).
Hanuman is a vanara (a monkey-like humanoid deity), a devotee of Rama, and one of the central characters in the Sanskrit epic Ramayana.
The qualities of Hanuman – his strength, courage, wisdom, celibacy, devotion to Rama and the many names by which he was known – are detailed in the Hanuman Chalisa.

Jai Hanuman (All in One) Hindi & English