Grow your kitty cat army, build a robot with weapons to defend your kingdom😻😻
Published by  Dino Go
3,040  Ratings1,233  Comments 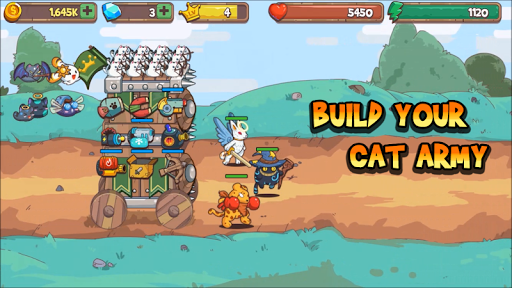 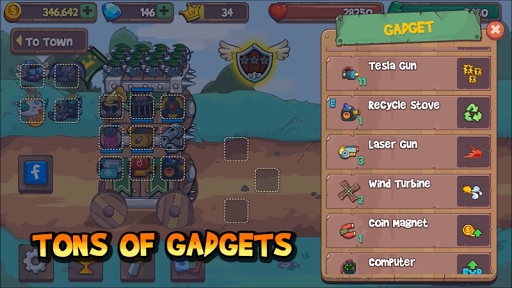 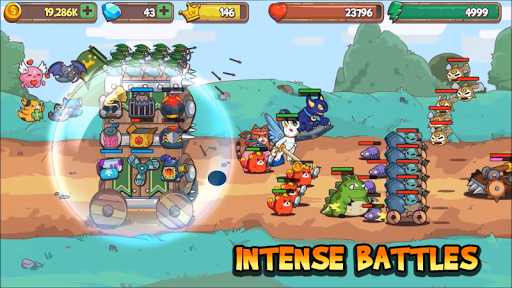 Your kingdom are invaded by the monsters. Grow your cat warriors stronger, build your robot bigger to defeat the enemies from the frontier. A simple to play tower defence game, just by one-tap control, but with a lot of fun, you’ll definitely be hooked by those epic battles.

UNIQUE GADGETS 🔧
Various number of Gadgets, each one has their own unique abilities. Equip them on the robot and use them as weapons to defense against the enemies. Each combination is a different strategy. This makes every game a new experience.

ARCHER 🏹
An army can never be an army without warriors using bows. They are essential to the war. Grow your archers stronger. Nothing can stand your mighty power.

MIGHTY HEROES ⚔️
Legendary heroes are back to your army to save the kingdom. Heroes come along with mighty power and special abilities. They are gonna help your army in the fight against the monsters and protect the cat empire.

CREEP & BOSS ☠️
The monsters cause the horror on the kingdom 😿😿. The cat army must defeat those creeps. There are 20 different kinds of monsters and bosses like dog, spider, scorpion, catapult, dragon, wizard,... The cat army is gonna get the epic fights against them.

CONQUER THE CASTLE 🗺️
Not only must you defend your kingdom, you can attack and reclaim the castles defeated by your enemies. Each castle is an enormous challenge, along with many valuable rewards for your army.

EQUIPMENT CRAFTING 🔨
With a complex system of researching and manufacturing, you can collect dozens of materials to create new powerful gadgets, new rare weapons for your heroes, and many other magical spells.

QUEST & FAME SYSTEM 📜
Complete quests to get perks to your army. More perks, the army will become stronger. Endless number of quests are waiting for you.

😹 FEATURE
- Over 50 gadgets, making endless number of strategies
- Upgrade gadgets into different ways
- Over 10 heroes with special skills
- Over 10 pets to support the army
- Skill points with 20 different skills
- Millions of combinations, millions of strategies
- Interesting quests and fame system
- Many exciting playing modes to select
- Ranking system
- Sync your data with our servers on the cloud


Easy to play with one tap, intense battles, upbeat music, cute graphic and addictive gameplay. The tower defence game Cat'n'Robot Idle Defense is gonna give you an exciting experience.