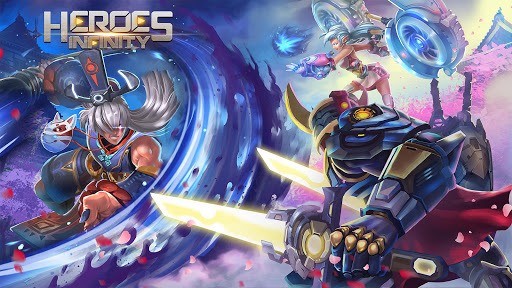 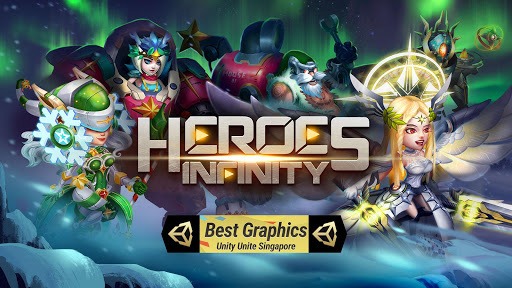 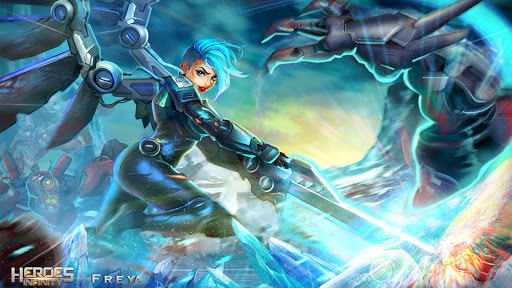 A stunning action RPG filled with heroics, adventure, and a diverse assortment of creatures and fiends.
Dive into the world of Heroes Infinity and begin your epic journey through many lands and cities. Collect & build your epic team of heroes to achieve victory.

EPIC GODS WAR
- A real-time strategy battle filled with dynamic effects and varied skill animations.
- Many heroes are waiting for you to Unlock & Combine them into a powerful team.

STRATEGIC GAMEPLAY
- Power Up, Tier Up, Rank Up, and Gear Up to prepare your heroes in their War for Justice.
- Summon your heroes wisely to gain Victory in the coming battles.

NUMEROUS GAME MODES
- Adventure Mode: Gain Experience & Level Up your heroes by defeating your enemies.
- Skyscraper: Challenge your epic team by conquering many Levels of increasing difficulty.
- Star Gates: Collect pieces of all the heroes’ shards to Summon the mystery heroes.
- Training Field: Develop your own skill with heroes in battle to gain victory.
- Boss Party: Battle with legendary bosses and gain unique rewards.
- Super Boss: Stay focused when the boss is near. Your epic team have to fight hard.

DRAMATIC PvP Battles!
- Prove your team’s Strength & Strategy in the 5 vs 5 battle!
- Compete with other players in the leaderboard and make your way to the top of the PvP.

GUILDS & COMMUNICATION!
- Form a Guild with other players
- Fight together and earn legendary rewards
- Make your Guild the most powerful in the world