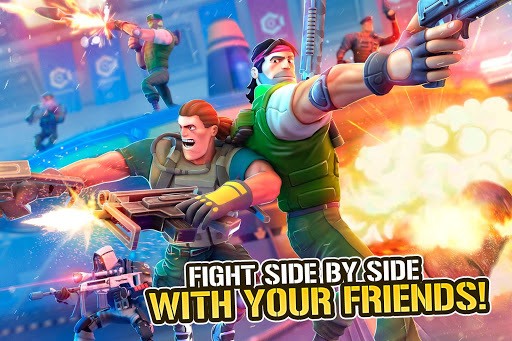 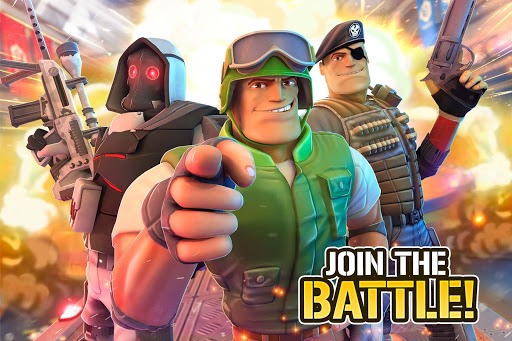 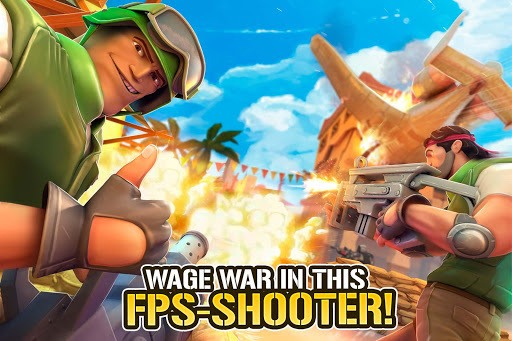 The special ops shooting madness and third person shooter that’ll make you forget any other AAA TPS combat! Feel the adrenaline thrills of combat action and counterattack fighting in this MMORPG and become a real sniper of the special forces! Get ready for the war action with your gun and join now this multiplayer FPS shooting better than a battle royale. Have you chosen your MP5 shooter weapon? Rise, shoot, counterattack and respawn!

If you like 3D epic special ops games, you will love this multiplayer game with PvP mode. Get ready for the snow in the battlefield and ground! Will you become the last man standing?

OFFLINE THUMPER MISSIONS:
- More than 185 single military troops action quests. Choose your rifleman shooter!
- Test all the weapons in your ammo inventory and plan the counterattack offensive in these multiplayer shooter PvP games!
- Avoid the traps in this action FPS battle combat! Fight at day, return to your fort to seek safety at night!
- Practice your TPS strategy offline to defeat your enemy on the online PvP games

RISE YOUR RIFLEMAN WAR HERO AND SPECIAL OPS MILITARY TROOPS WEAPONS:
- 60+ customization skins and fight items with action FPS, special ops, rifleman and sniper attributes. Some weapons may be as big as an iceberg!
- Loot 30+ special ops weapons to attack and counterattack: Choose your guns, equip a grenade, use a hunting rifle, a MP5 machine gun, a thumper gun or any other military gun
- Fighting boosters and rifleman war gadgets. Winner takes it all!
- Jump into sniper fight maps with a battle pass for single first person action games or retreat at night to your fort

If you love a hack and slash ARPG shooter and third person shooter multiplayer or epic combat games, this action TPS MMORPG will make you forget about any other online shoot'em up you played before! Bring the victory in this MMORPG TPS similar to a battle royale. Take your heroes out of the fort-castle into the battlefield at night!

Craft a fort, equip your special forces with skins and mark your target like in a battle royale. Start shooting in this third person shooter multiplayer online for mobile devices and be the last man standing in these winter! After our anniversary, our goal is to reach the season 7!