Get ready for an exciting adventure in the world of multiplayer tank battles
Published by  Extreme Developers
109,028  Ratings41,604  Comments 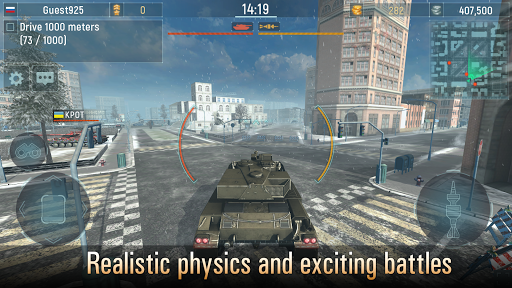 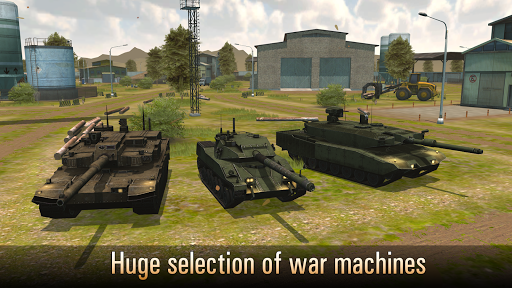 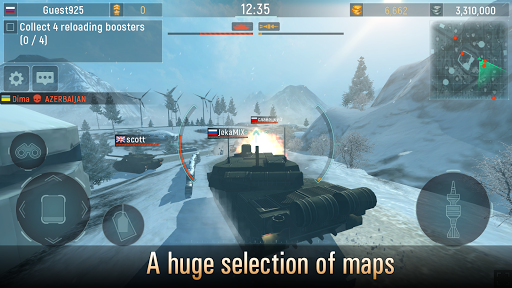 Hop into a tank and immerse yourself in a world of furious tank wars!

Invite your friends and play together ABSOLUTELY FOR FREE!

DEFEND THE HONOR OF YOUR COUNTRY
Fight for your country in our new tank shooter! Face opponents from the USA, China, Russia, Japan, Germany and many other nations. The wars of tanks begin now!

EXCITING GAME MODES
Choose your battle mode: group battle or individual fight!
Crazy mayhem in the free mode or coordinated attacks in group battles?
Communicate with players from many countries in the general and clan chats!

YOUR TANK – YOUR RULES
You will have various combat vehicles in your battle arsenal. Tank shooting is a challenge you can win!
Each tank represents a unique tactic, a unique warfare style. Different tanks shoot in different ways!
Use a light tank for recon missions on the enemy territory and hit-and-run tactics! Pick a heavy and powerful tank to get the blow on your powerful armor and strike back!
The upgrading starts from battle vehicles from the middle of 20th century and at the last levels it will be newest tanks like the Leopard 2, Т-90, M1 Abrams, and Т-14 «Armata».

TANKS UPGRADES SYSTEM
Unlock new tanks and upgrade them according to your strategic goals. Show your supremacy by using camouflages and decals.
Turn your tank into a death machine!

VARIOUS COMBAT LOCATIONS
Lots of battle arenas in all corners of the world await you!
Get into the heart of the battle created by the modern 3D technologies!
Armada is designed to be a real-time tank simulator customised for each player!

BECOME THE BEST IN THE TANK WAR
Join our fan communities, we’ve built an exciting social tank force all over the world. Stay up to day on the latest updates!
Compete in tournaments and take first place on the leaderboard! Your tank shot can change the whole deal!
Earn all the rewards and share your achievements with your friends on Facebook

Armada is a real tank fight game we promise you will never forget. Fill your life with intense sensations. Start your own battle!