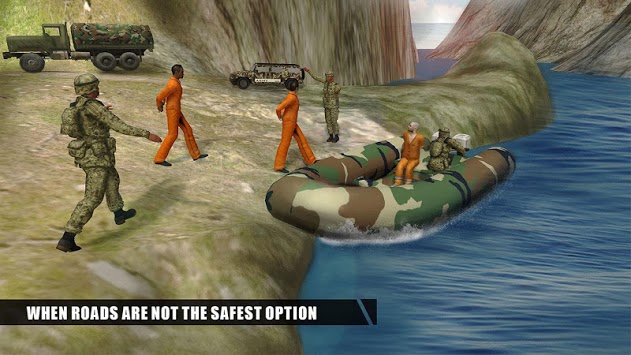 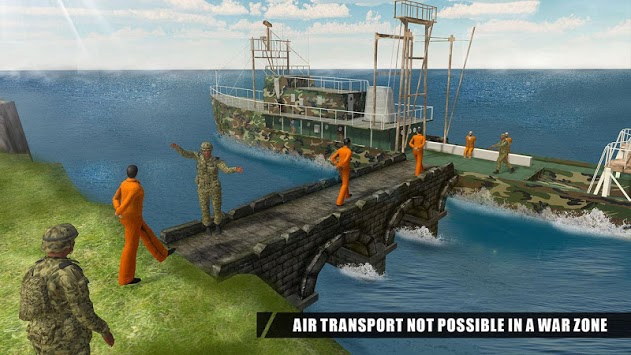 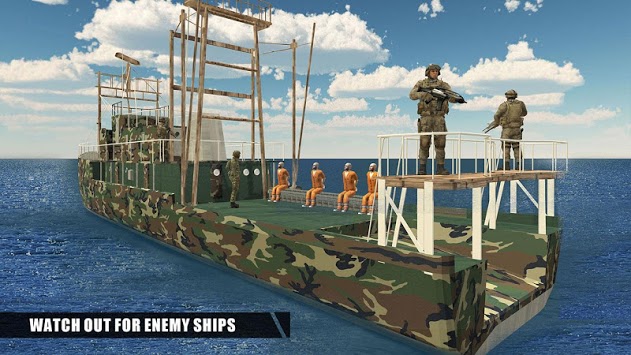 After the overwhelming response on Army Criminals Transport Plane, FazBro Studio presents another criminal transport game to expand your transport empire and keep you engaged with unlimited hours of army prisoner transport fun.

Ever wondered how it feels to sail a vessel through a perfect storm? To take illegal criminals and prisoners to an isolated prison? Wonder no more! As with Army Criminals Transport Ship you are about to face the sheer force of the sea as you steer the army criminals in the most powerful transport vessel.

Midst the war and havoc there is more room for jail criminals transport anymore from here on the army and military will step in and take things in their own hands. You are in charge of your own army transport business, and once skillfully took charge of the transport plane, beginning your prison airplane transport duty as a criminal transport van and army truck driver. But this time sail the oceans and seas, protect your army prisoner and transporting them safely to the offshore jail.

You have been through this drill before, and know that transporting jail criminals and army prisoners is no child’s play it requires full attention to drive a jail prisoner transport van, the army truck and later on the transport ship for an error free prisoner sailing.

Unlike other army prisoner and jail criminal transport games. In Army Criminals Transport Ship, you get the full opportunity to take command of your vessel, gone are the days of transporting army prisoners through transport plane. Hit to the seas and transport the army criminals from one areas and safely complete your transport duty with the help of an army transporter ship and ensuring complete securities of your jail criminals without any prison escape or jail break happening.

With your experience of prisoner flight simulator game, you have skillfully been an army airplane pilot, army helicopter pilot and army truck driver, so handling the transport ship won’t be that difficult for you. Play one of the most exciting and challenging army truck driver and criminal transport ship game with state of the art army transport vehicles. Overcome every obstacle of Army Criminals Transport Ship that comes in the way of your army police duty and make this jail criminals and prisoners transport a success.