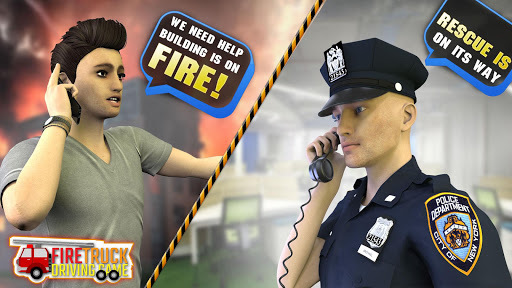 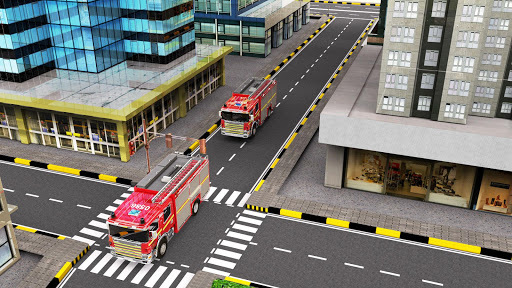 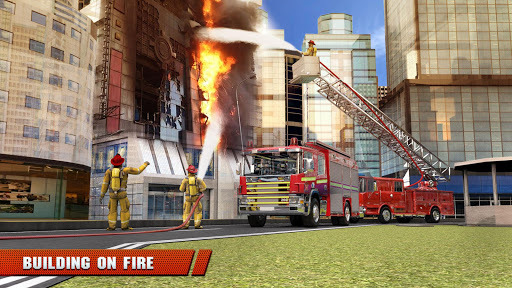 City Firefighter Truck Driving Rescue Simulator 3D, get ready to become a firefighter or a fireman in this realistic firefighting simulator to rescue lives of people living in city. City is in emergency the rescue team should be ready to respond on time. Being a superhero fireman you must get in to American firefighter rescue truck or start the inferno fire engine with 911 rescue sirens to save civilians as a real rescue fire truck driver. This is the best chance to become a hero doing good work or saving innocent lives from danger in this emergency rescue simulator game. When people rush to reach rescue offices it means it’s time to rescue the city by minimizing transportation time, moving speedily by handling extinguishing equipment.

The Best thrilling levels are waiting for you in game. A call has been received at rescue office of Fire Truck Simulator, someone is trapped in atm cabin covered with fire, it’s your duty to extinguish fire. Electric Control room of kid’s park is covered by high fire flames; kids are playing near it go there save them by extinguish fire of control room at Fire Truck Simulator.

Fire truck driving School Simulator is waits for a person who have the skills of time management while into most hilarious situation in firefighter rescues missions.

Let’s jump into the most thrilling emergency rescue 3d missions with fully modeled fire trucks to put out some fires. Lot of multiple fires are to extinguish so take out the dumpster fire and a huge office building, choice is yours which you have to choose first.

This beautiful world is in tough condition it needs a firefighter for rescuing the whole town. Step into this hard condition to save city with 911 games.

City Firefighter Truck Driving Rescue Simulator 3D, citizens get trapped inside the buildings of a city and the situation gets alarming in 911 games for a fireman. Play the role of a firefighter truck driver to takeout huge fire flames in rescue truck parking game. Become an emergency rescue simulator game pro to work in a fire brigade station for saving citizens. In American firefighter rescue truck driving school simulator thriller missions of emergency locations as city hospital, multistory parking plaza or a high school have to be rescued by city firefighters. Get firefighter truck refilled from city gas station and park it at the fire brigade station while playing this 911 rescue simulator fireman games.