Train your superhero to fight in the city kill monsters and deadly enemies free.
Published by  Free Hard Games For Fun
615  Ratings228  Comments 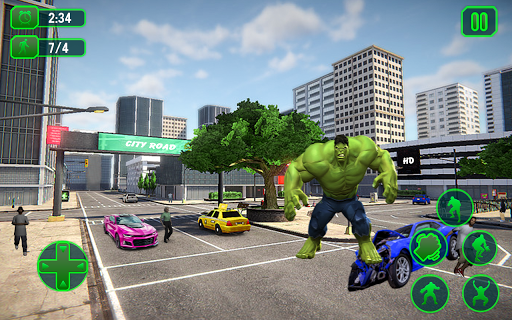 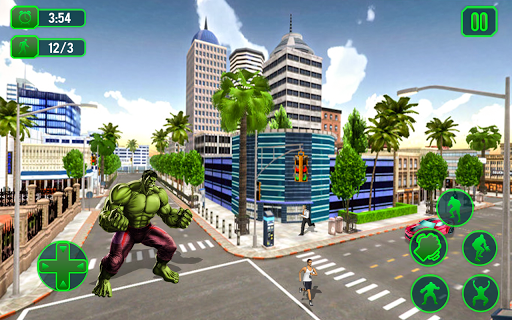 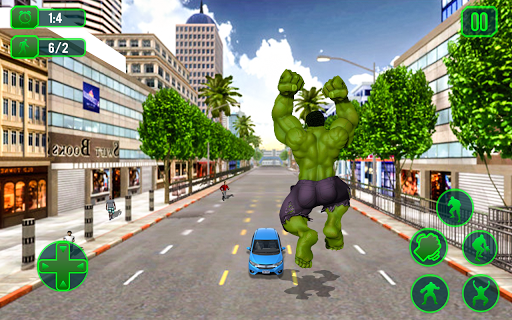 This game is specially designed and developed for superheroes flying and juggling. This is the right game for super hero lovers. Great heroes of all times. Fans of all legend classic fighters. In the vintage fights. Boost your energy by getting in the battle field. Save your kingdom. This territory is requiring strong armored army. Trained and efficient ultimate fighter in title of Super hero is here for true survival. Get to the top of your power to kills monsters. Get ready to play the most addictive and fantastic superhero simulator. Join the top leaders of avengers to fight against other superheroes. turned against iron fighter legend of industry. Both world protectors superheroes are good and trying to protect the city from bad peoples but their way of thinking made them each other enemy. is very sincere about his country but legend is trying to protect the whole world from unwanted extra creatures that have come from another world. So they got in furious fight of superheroes. Get into close allies flying and jumping to fight Capita. If you think is right then join his team and fight against flying spider. Make sure you are safe from the enemy attacks. This super hero is here to protect the world. Rampage city destruction time is now over. Bring peace and stability.


The whole situation is terribly wrong as superheroes are the true protector of city from evil robots and alliens. In this best superhero game you can engage the superhero of your own choice and kill other one enemy army attackers. You can play as long as you want as this superhero game has much more to offer. Use special powers of flying high in the air there is no spider web to lift you but there are on screen jump and fighting controls easiest and intuitive game. “Incredible Super Hero City Rampage-Battle Revenge” is a fast-paced 3d action game that is extremely addictive and gives you an immersive experience of future fight. Come on! Enjoy the endless combos, deadly fighting and hand to hand combat in this superhero rampage city fighting game. Deal with all the opponents melee attacks. A super hero is not born, but made.


Every time after you succeed in deadly combats. Defeating and slaying the gangsters. You can use the earned points and coins you get to buy devastating weaponry and equip the devastating weaponry. Or strengthen your attacking power and defense power. You can use every tactical strategy to realize your incredible fighting. The city is also under attack. Don't forget that both of you are savior of the city people. People of the city have been brutally wounded and sent to death by the instigators of riot. They are in great need a defender who can entrust their lives as a savior. Dark forces are using martial arts and karate like untamed animals on realistic and innocent people. So if you see any other disturbance in city you should take serious actions against gangsters and villains. Prove yourself the savior of the city by bringing ease and comfort to the ordinary people.