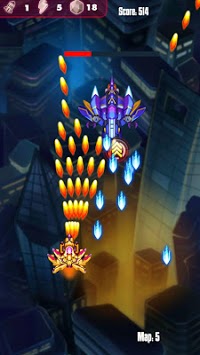 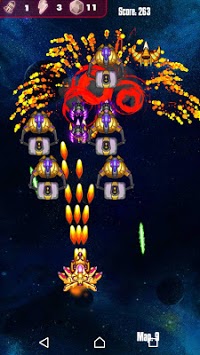 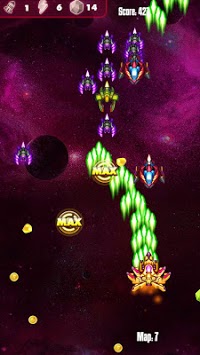 Earth’s very existence is threatened. Alien invaders from space have been sent to destroy our planet. A galaxy on the brink of destruction.
You have been called up to repel their attack.
You must plan your battle strategy well and upgrade your fighter ship to defeat the increasingly advanced aliens.
If you like space shooting and survival games and like to simulate Spacecraft shooting in galaxy for glory and duty, then Galatic Attack : Alien Shooter 2018 is the one you should be playing.
Try and shoot all the alien Galatic Attack : Alien Shooter before they destroy your bases and land.

Galatic Attack : Alien Shooter HOW TO PLAY:
* Touch screen to move and kill all enemies.
* Collect items to upgrade or change your weapons.

Galatic Attack : Alien Shooter FEATURES:
* Charming sound and music, with HD graphics.
* Ability to use active skills during the space battles.
* The game is packed with 60 levels on various difficulties.
* Beautiful levels with immersive missions to complete.
* Multiple extreme boss battles.
* Upgrade your guns and lasers.
* Amazing Gameplay and character
* The game with 200 levels giving you hours of fun for you.