Take your metal soldier and destroy all your enemies in this shooter game!
Published by  Genera Games
10,091  Ratings3,393  Comments 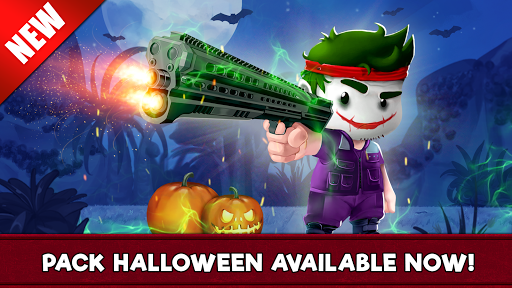 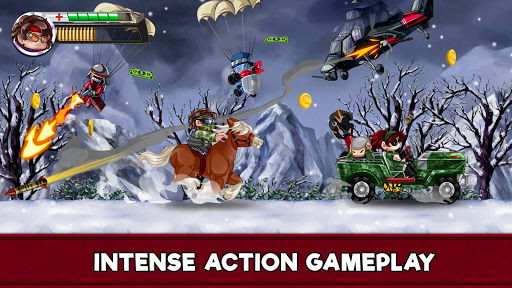 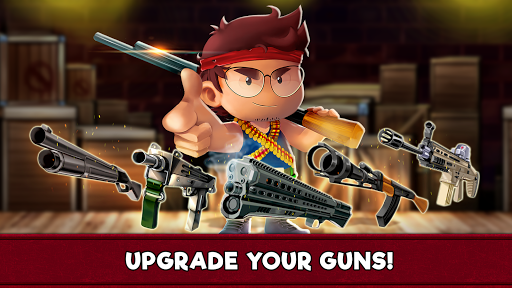 The best shooter game and action game with run and gun is here! Do not hesitate more and let’s win the battle! We have to save the world.

Escape from hundreds of enemies, jumping and dodging as quickly as possible. Ramboat 2 is a run and gun addictive shooting action game where you can jump and shoot. Do you love jumping and shooter games?

Survive an army of metal soldiers, paratroopers, jetpack, rocket launchers and enemy submarines. Get amazing power ups to increase your firepower and collect coins to upgrade your guns & craft new gears or weapons.

Make Ramboat unstoppable! Craft and upgrade weapons and gears with the gold you earn in each battle. Shoot your best gun and destroy the enemy army! Play Ramboat 2, the best run and gun shooting action game, and help your friends to defeat the enemies. Customize your hero with the items you’ll buy in the blackmarket, choose your outfit and improve your combat skills! Be a legend metal soldier!

-Use the joypad to move

-Rush through different STAGES and face CHALLENGES that increase the difficulty and fun: Fight against the enemy camp! The best gun shooter game!

-Become a soldier and shoot! Upgrade your guns and increase their power, shooting rate... Boost your firepower and hit the enemy lines!

-Find epic gadget in the store and go to war fully equipped like a real special ops military soldier!

▶ COLLECT ALL CHARACTERS AND BOATS

-Try +12 unique band members, each with their special equipment and skills.

-Race with +12 speedy and mighty boats like a yacht, a pirate ship… or a shark! Can you collect them all?

-Play with a friend in MULTIPLAYER SHOOTING GAME and double the fun. Who will end with more enemies?

-Do you want a challenge? Try the ELITE MODE if you have what it takes. Shoot like a pro!

-Simple and intuitive interface. Jump and shoot with one finger!

-Great music and sound effects that make you run and jump even faster!