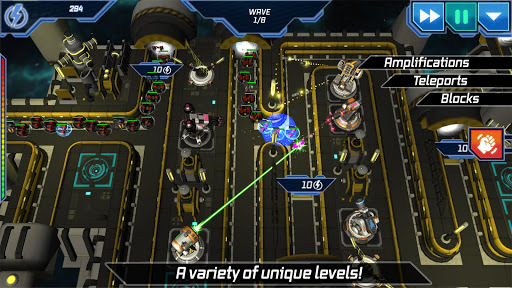 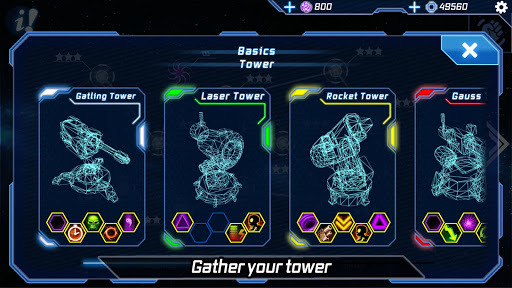 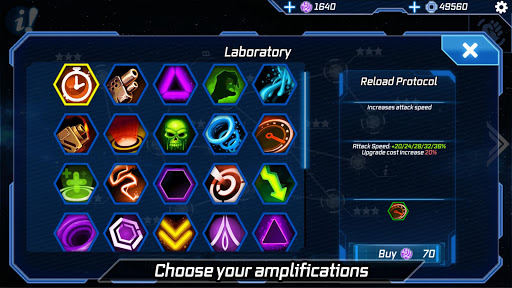 This is Sci fi Tower Defense created by gamers for gamers. Defend using epic and unique
tower strategy with variety of different towers. Defend your realm to hold another
day! Highly customizable towers with 5 basic elements and more than 31
sci fi modules making your defense unique. Find the best towers and elements combination for your defence of your space realm. Defense is not only thing that you will encounter in the game. This tower defense has its story line which affects the gameplay and understanding the laws of this sci fi space game universe is as important for your defense as your towers and elements on them. Overcome incredible odds with strategy and wit!

Download Module Tower Defense now and enjoy the most challenging game among tower defense games. With unparalleled level of depth for defence games.

Module Tower Defense features:
• 80+ levels
• Customize towers to fit your defence plan
• Plan your defense carefully and adapt to the ever changing battlefield as the level transform itself during the battle
• Vast amount of modular elements that can give
your tower additional unique defence effects such as income or splash or critical
strike.
• Find ultimate combos as Modules can amplify each other’s
defense perfomance
• Enemies have strange powers that can weaken and even disable
your defense to give you even more challenge
• Elements – enhance damage dealt by your towers
against certain enemies
• Change the level layout by building towers on the path of space monsters
• 3 different skills that can give you yet another way to customize your
defense
• Beautiful graphics
• Achievements - Get rewards and show off your
strategy superiority making the best defense possible!

I personally was playing Tower Defense games all my
childhood and played through almost all wc3 td maps and other td games free to play.

However, when I tried other tower defense games or sci fi games on the market I found that they were way too simple, or just plain boring. Some what I found were not even tower defense offline games. You needed internet for these tds. Selection of towers was too small, defense was either easy to build or did not hold enough without donations. Enemies managed to tower rush you in case you play td games free. No matter which tower you got, your defense would crush and burn and your castle would fall.

So I thought that there should be td game free to play out there with different options for towers and defences and strategy. I made this tower defense game in hopes that it will give you the depth of old school sci fi tower defense game on modern devices.

Prepare your defense, unleash epic elements and modules on your foes, hold your defence as it could be the last day of your kind. Hold the tower rush and beat epic enemies as they are at the door it is either them or your towers, either defend the space realm or fail in the epic fire of your falling towers. And remember - tower wins a battle, but your mind wins you a sci fi tower war. Tower may be vulnurable, but that does not matter when your tower, module or element defense is invincible.

Hope you like it. And if you don’t: leave me a comment so I can make it better. =)
We have got everything that makes best tower defense: tower, defense elements, sci fi setting. Explore one of the best defense games out there and unleash the power of the best tower you can build!
https://www.facebook.com/Module-TD-Sci-Fi-Tower-Defense-2151672478181003/
http://moduletd.com/