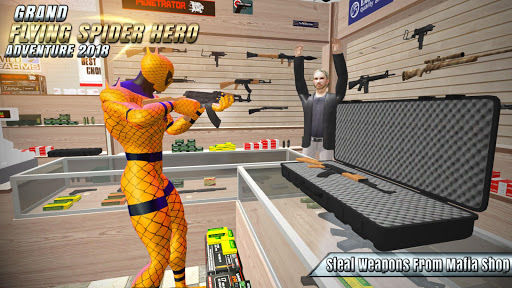 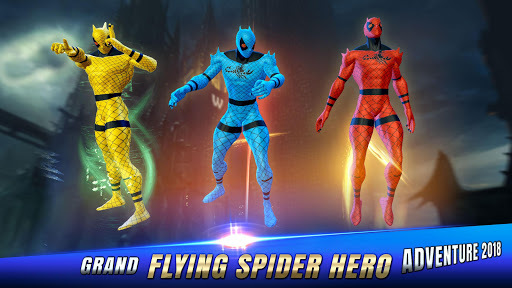 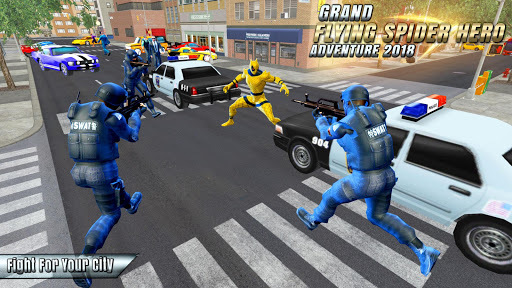 Welcome to the Incredible Spider superhero – Flying Spider Hero Adventure Fight fly in to protect people from the mafia gangster also fight with enemies. Street Monster Hero will fight in the Arena city with Spider with great skills and experience of fight. Grand Iron Spider and Street warriors will fight against each other face to face in Iron Superhero game. By using skills down the warriors in a powerful punch. Spider kungfu is also a commander that command the other persons of the city for fight because this is a rescue mission in the city to save people in the city by Kick box, Sambo, Martial Arts, Muay Thai,BJJ, Ninja fight and many others dodging, rage, cuts, knockouts, technical knockouts. Now its time to fight with the monsters. Here is a place in the city where the people are busy in the concert and suddenly a blast in the rush street and people needs rescue and hospital is away from the city so Spide iron hero will provide the facility of rescue to people by flying and save the people life. Superhero is a very talented person and can run bike, car and cycle.

It is very related to the real life wrestling of the world and you have to play this game with very sensitively with great patience and experience. Boxing ring game is very related to this game here are different levels of game and rounds in level. You can only be enable to go in the next level if complete the level one next level is very more tuff than the level you had completed need more experience and skills. Here you will be Grand superhero of the city if kill all the bloody warriors. Kungfu and judo karate player can easily play this game and go in the next level and can also observe new punches in a modern way.
.
This is very amazing game like Grand super Hero,Warriors, Super fight hero and flying Superhero but this is more amazing than all these games because ultimate spider have the extraordinary skills of the flying and fighting. Now it’s time to play this game by using maximum capabilities of the Spider flying robot and move next and next in the game with more amazing challenges and levels.