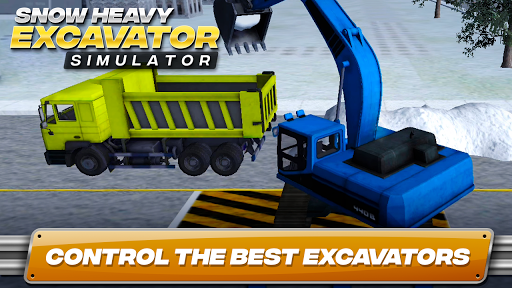 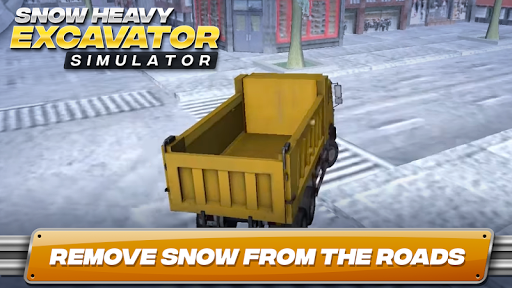 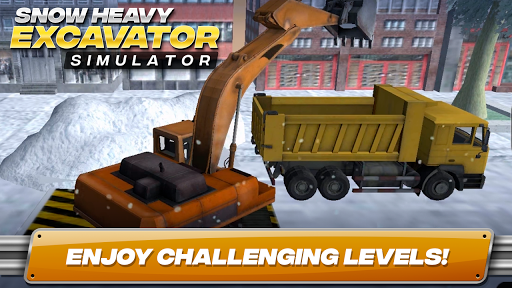 "Snow Heavy Excavator Simulator" is an extreme driving simulator of heavy snow excavator. Rescue city from extreme winter snowfall and snow blizzard being a heavy digging machine operator! Dig, lift, load and transport as a real driver. Your goal as a snow excavator operator is to complete snow rescue missions!

As an expert snow excavator operator you will have to drive through the narrow streets of the village to reach the most dangerous piles of snow, park the snow plow in the marks enabled for it, load the snow in the truck and transport it to the finish line . It is a very complicated mission and you must be careful not to run out of fuel. Be a hero and rescue city from winter snow operating a heavy machine!

Features:
- Real snow rescue missions.
- Challenged levels.
- Realistic heavy machine’s physics.
- Smooth heavy snow excavator controls.
- Amazing winter views, snowfalls and snow blizzards
- High Quality 3D Graphics
- With several models of snow excavator machines to unlock
-The fuel bar is shown on the left side of the screen and gradually decreases with the passage of time. The fuel can be refilled, if the meter empties completely the game ends.

Download now for free "Snow Heavy Excavator Simulator” an amazing simulator for those who loves driving, building and construction games!. Feel like a member of snow rescue team on duty.