One of the hardest Chess board game you ever play on mobile phone and tablet
Published by  hihuc.com
500  Ratings236  Comments 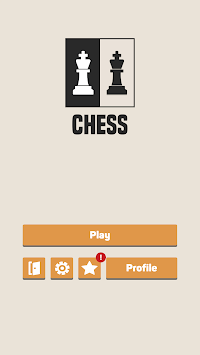 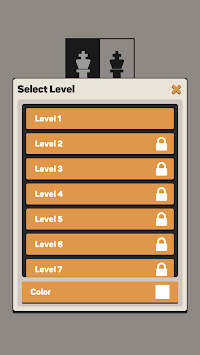 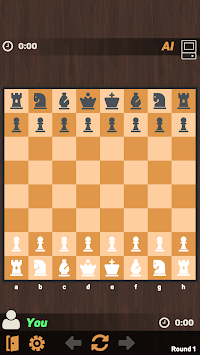 Hardest Chess - Offline Chess is one of the best and hardest Chess board game you ever play on mobile phone and tablet.

Chess is one of the oldest and popular board game, played by millions of people worldwide. You can play Chess offline with engine on mobile device, or play online with other chess masters around the world. Chess first appeared in India about the 6th century AD and had spread from Asia to the Middle East, North Africa, and Europe.

Chess is played on a square board of eight rows (denoted with numbers 1 to 8) and eight columns (denoted with letters a to h). The colors of the 64 squares alternate between light and dark colors. The chessboard is placed with a light square at the right-hand end of the rank nearest to each player.

Each player begins the game with 16 pieces of the specified color, which consist of 8 Pawns, 2 Knights, 2 Bishops, 2 Rooks, 1 Queen, and 1 King. The player with the white pieces always moves first. After the first move, players alternately move one piece per turn.

There are more than 2000 chess variants such as Bughouse Chess, Chess960, 3-Check Chess, and Four-Player chess.

Hope you enjoy the Hardest Chess game. Remember rating us. Your feedback will motivate us to develop more features.
Contact [email protected] for more support. We will respond in 24 hours.