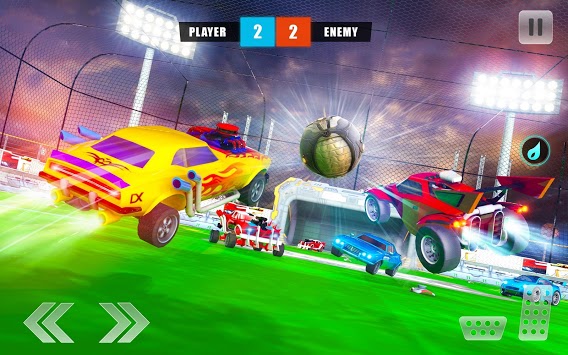 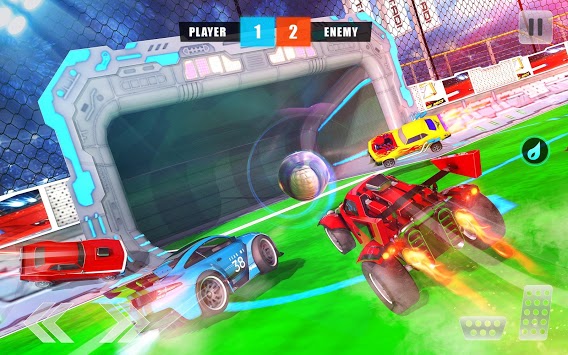 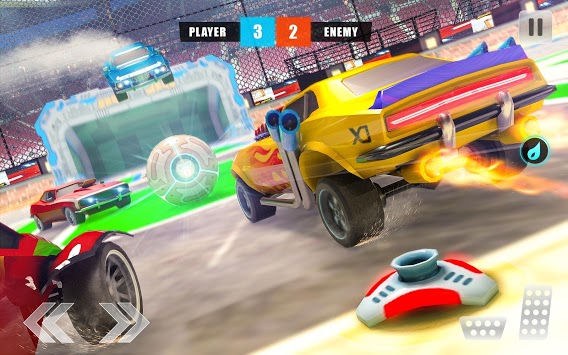 Car soccer football league is a new type of combined game where the player have to win the race as well as hitting the rocket ball in the football tournament ground to become football league champion. This car soccer football field game will allow you to play both soccer championship games and car racing and stunts game where car crash is going among opponents car. Prove that you both racing and football skill to win this car soccer ball championship game. Drive the rocket car in the football stadium and try to score goals by firing and hitting on the opponents reckless cars in this racing arena.

So get ready to play and experience both skills in one field where car wars and football car soccer battle is going to be held together in the car racing arena. As a footballer, you have to push, hit, damage and smash your opponent's rocket car. Then start passing the car rocket ball to your team cars to score goals. You need to maintain the perfect rocket ball footballer skills to win the football tournament car soccer championship. You will be the car hero driver as well as the footballer champion in the racing arena football game.

Shoot, dodge and smash the defenders car to be the champion. Enjoy the new experience of both car racing and rocket ball football championship in the car soccer football field tournament match.

This is totally new racing plus football championship game.
Smash, hit and dodge the opponents car to be the champion.
Do more and more goals within the limited time given to the player.
The more you hit the cars, more it will be easy for you to win the championship.
Amazing car soccer football field HD graphics.
Best background sound effects.
Collection of coins and points on getting the goal.
Play championship in the racing tracks and battle arenas.
Car motion through physics control.