🇷🇺 Prepare your heroes and troops to win this MMORPG fighting like a warrior!
Published by  IGG.COM
1,615,881  Ratings454,027  Comments 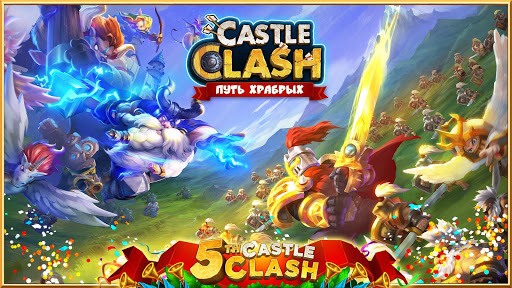 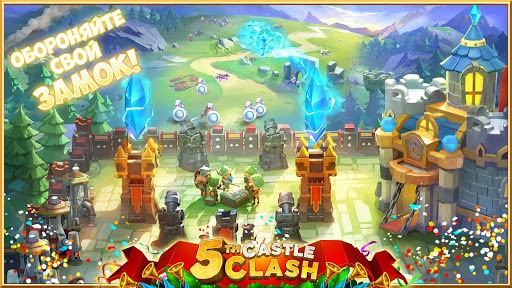 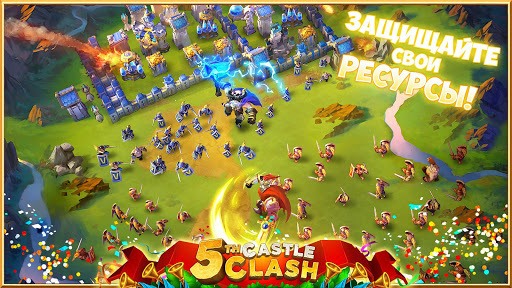 🇷🇺 🇷🇺 This is the optimized version of Castle Clash for Russian, for the best user experience, we recommend you to install the English version of the game through the following link:
https://play.google.com/store/apps/details?id=com.igg.castleclash&referrer=utm_source%3DRU%26utm_campaign%3DEN

In an era of chaos and confusion you will be leading a kingdom whose only chance of survival is to attack and expand their territory before the enemy arrives to your castle... Reinforce your position and defend what is yours in a battle with other gamers to scramble precious resources, conquer new lands and create the best fortress to defend your castle. Fight in an epic MMO war: Duel players from all around the world and recruit the most powerful army! Give commands to lead your brave heroes to victory in this castle game!

Send armies made up of warriors and heroes into real-time battles! Show your army deployment skills, choose the right troops for the battle clash and find your enemy’s weaknesses. Fortify your walls, hire suitable troops, and get ready for multiplayer battles. Hunt your adversaries on the battlefield, feel the adrenaline of the action and become the champion sword inside this PvP war simulator. Combat has never felt so real! Put your strategies to the test in dungeons, raids and more in this action MMORPG!

Join thousands of players and elite soldier troops around the world on a fantasy journey to complete multiplayer PvP or PvE strategy tournaments! Create with your MMORPG alliance an indestructible empire!
Assemble unique heroes, team up and communicate with your friends for alliances, battle across hordes of evil enemies and monsters deploying different troops! Plan your strategy, get into the arena against other players on an epic war in this real-time MMORPG simulator! Conquer a castle in enemy territory now!

If you like fortress games, come to build your empire, sharpen your hero swords for the final fight, prepare shields and weapons, send the knights, soldiers and mercenaries to battle and win the war for your kingdom. Equip your hero wizard, magical warrior or druid with infinitely customization weapons and armor in an endless fortress war duel against other empires. Learn to use the best strategy to become the most powerful warlord in Castle Clash MMORPG!

- Build an impenetrable fortress castle in your war kingdom and customize your empire defense and combat offense!
- Plan your invasion strategy, conquer other kingdoms and recruit the best soldiers to create the ultimate army!
- Collect and evolve dozens of action heroes with magic attacks!
- Attack the rival kingdom to increase your power and protect your empire resources to grow in this MMORPG!
- Endless possibilities to fight against enemy warriors as a mighty king in this PvE game!
- Play solo or in a co-op mode along your guild in a multiplayer campaign
- Protect resources with many dangers waiting ahead, as well as attack and take over other’s in this MMORPG: Create the strongest empire ever and become a legend!
- Create an empire: Jump into the arena in PvP or PvE war strategy simulator games!