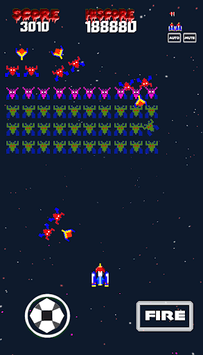 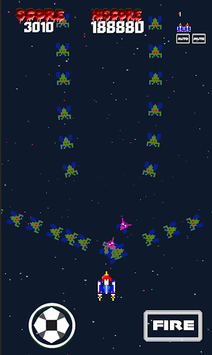 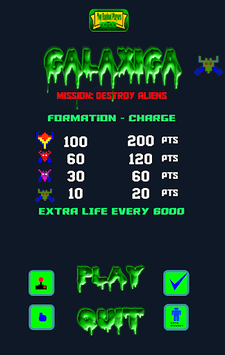 Retrowars: Space Shooter is a retro spaceship arcade game with bosses to defeat.
Taking the classic space swarm shooter style game to a whole new level. Aliens are invading our galaxy! Hurry if you are to defeat the incoming swarm!

A swarm of aliens is invading our galaxy. You are the last remaining ship on earths space defense. Can you defeat the alien swarm and save the earth?

Very simply you must defeat swarm after swarm of alien bug armies.
Slide your finger to control the spaceship at the bottom of the screen. Moving from side to side with your finger all the while attempting to shoot down incoming waves of aliens.

After so many waves a bonus round or Boss will spawn to test your skill!

You must be prepared as each boss will test your ability to dodge and shoot down your oppoent!


Please evaluate and provide feedback. If you do not know what to say, say cool!.
All feedback is welcomed, we would like to hear what you like and what you like to change!
A 5 star rating would be great!

Do you have a problem with the game?! let us know! About twitter at @jnrgamesAndroid or Facebook @galaxigan.