An exciting delivery adventure as a Postknight — in a pocket-sized RPG!
Published by  Kurechii
207,326  Ratings64,954  Comments 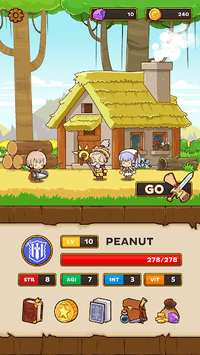 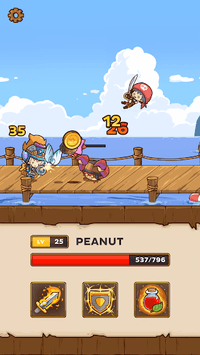 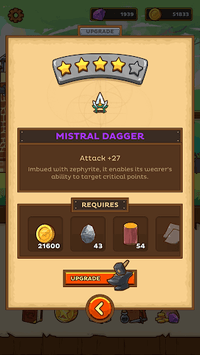 
Postknight reimagines the best parts of role-playing games into bite-sized bits within an exciting delivery adventure.

Designed to be an enjoyable RPG for those on-the-go, Postknight is optimized for mobile devices: from content to controls, for hardcore and casual players, to time spent in and out of the game. Instead of spending long hours to experience the highlights of an RPG adventure, Postknight delivers it in small yet exciting pieces.


• Adorn Your Rewards
Your hard-earned armour and weapons don’t just improve your battle stats, they also look great on the postknight. Be great and glamorous in battle!

• Brilliant Blends
Mix your trusty potion up the way you want it to be: higher healing power, lower cooldown, or with more effective buffs?

• Better, Faster, Stronger
Every delivery run increases the postknight’s experience, along with strength, agility, intelligence and vitality. Allocate the traits that matter to you the most.

• Exciting Expedition
Embark on a light-hearted adventure to various interesting towns and cities and meet its diverse inhabitants. While you’re at it, collect quirky loot and fantastic gear too!

• Bite-sized But Breathtaking
Postknight promises no draggy battles, but ensure that they will be equally exciting - especially when it comes to boss battles!

• Destiny & Dates
Throughout a postknight’s journey, there will be new faces that will become lasting relationships. Of course, every relationship needs effort, be it in the form of gifts, or just dropping by for a daily visit.

• Time Waits For No One, But…
Time continues to tick for the postknight even when you are not playing: deliveries will be sent out and rewards will await you when you return!

Girls you have ties with will wonder where you have gone too, so dropping by for a visit every now and then will keep their hearts at ease.

Begin your delivery adventure now!
You can find out more through the links below: