The most successful runner on Facebook – now available for your Android device!
Published by  Nekki GmbH
170,976  Ratings51,598  Comments 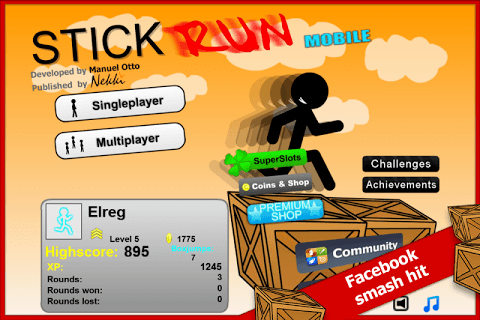 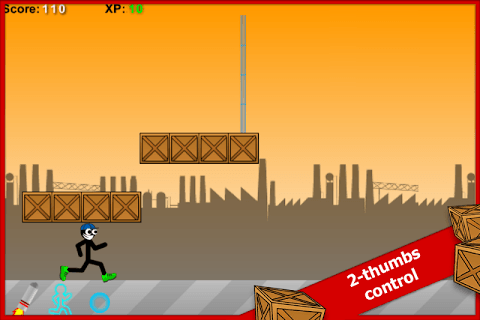 Over 40 Million likes and 6 Million frequent users on Facebook! The world's most successful endless runner – now available for your Android device!"

-> What is Stick Run?
Stick Run challenges players to run as far as possible through a randomly generated side-scrolling level filled with deadly obstacles. Stick Run was created by 16-year-old student Manuel Otto from Germany and became a smash hit on Facebook. The game counts over 6 million monthly active users!

-> How does it work?
Obstacles range from single crates to stacks of them, panes of glass and rotating saw blades. Running headlong into walls of crates or any saw blade ends the game, at which point players can restart and try again. Achievements can be unlocked for meeting certain performance criteria.
Stick Run Mobile takes only a minute to learn, but a life to master!